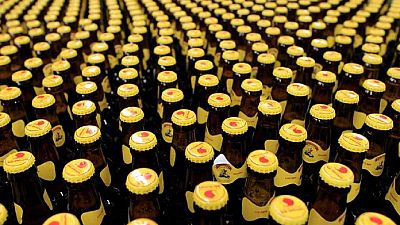 Ethiopia has banned all advertising of alcoholic drinks, as part of efforts to promote healthy living in the East African nation.

The ban comes after government forbade smoking near public institutions and introduced a car-free day in major Ethiopian cities one Sunday a month.

In February government banned smoking near government institutions, medical facilities and entertainment spots, and banned the sale of alcohol to people under 21 years of age.

Aman advised advertisers of alcoholic drinks and broadcast media to prepare for the implementation of the new law and comply when it takes effect on May 29.

Under the new law, any advertisement of an alcoholic product shall contain a warning, as appropriate in writing or sound that it is illegal to sell it to a person under the age of 18.