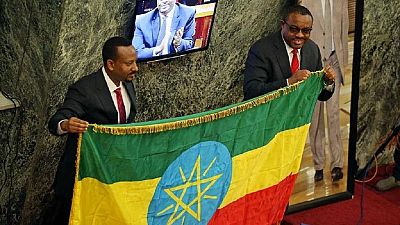 One year after taking his oath of office as Ethiopia’s prime minister on April 2, Abiy Ahmed is working towards delivering a free, fair and credible election in 2020, which he hopes will be the climax of the democratic reforms he has championed.

Abiy, who took office as the government struggled to contain protests that had lasted over two years, has steadily implemented a raft of reforms including reaching out to the opposition, in a bid to build trust and stabilise the country.

In this article, we highlight the key actions taken by Abiy to open the political space and lay the foundation for political reform that many Ethiopians sought.

In his first address to the nation, Abiy, who was 41 years old at the time, highlighted an agenda that would drive his time in office.

He pledged to normalise relations with Eritrea, crack down on corruption in government and create job opportunities for the youth.

As far as deepening democracy in the country, Abiy pledged that his government would respect the rule of law, even as he reached to opposition political parties.

‘‘Their members and supporters are not enemies but our brothers and sisters who hold different political beliefs and viewpoints,’‘ Abiy said.

Since then, Abiy’s government has delivered on several of his inauguration pledges including reconciling with Eritrea, embarking on the liberalisation of the economy and implementing dramatic political reforms that have won over rebel groups, and exiled Ethiopians to return home.

Over the last 12 months, Ethiopia’s government has:

In his address to Ethiopians at a public event marking the first year at the helm of his premiership, Abiy called upon Ethiopians to ‘‘harness diversity, to draw upon forgiveness and love as we forge ahead anchoring the reforms in institution building’‘.

Abiy has pledged to ensure a smooth transition of power should the ruling coalition lose in next year’s elections.

In the meantime, his Oromo Democratic Party (ODP) is working to consolidate support in the Oromia region, through mergers with other parties.

Opposition political parties are also working to prepare for the elections, where they will hope to unseat the ruling coalition, or at the very least dent its absolute majority in parliament.

Abiy has also been advised to continue gaining broad support for the 2020 elections, that could prove vital in cases of any post-election disputes.

Abiy will also be hoping to contain the internal security crisis that has rocked the country since he took office, fuelled by ethnic and communal tensions.

While there has been talk that the elections might be reformed to become national, rather than the existing regional system, there seems to be little time between now and 2020 to legislate such changes.