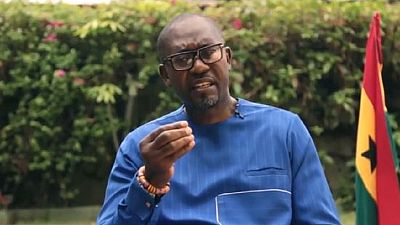 At a time a section of Ghanaians are expressing concerns about the two-horse domination of national politics, an independent candidate has put himself up as a viable third force.

Marricke Kofi Gane, a UK-trained certified accountant has thrown his hat into a keenly awaited presidential race scheduled for December 2020.

He used social media to announce his bid and has since attracted a certain measure of support from voters who seem enthused at his bold step to challenge the status quo.

Part of his official statement read: “Mr. Gane is not tainted by Ghana’s political system and as such, he brings refreshing creativity, inclusiveness and objectivity to how politics is done, as well as the political willpower to challenge and change the faulty status quo devoid of blind party allegiance.”

He also presented a petit manifesto of what he intends to do and about why he stands as the best candidate to take over the political establishment to turn around the democratic and socio-economic fortunes of the west African powerhouse.

Ghana’s political system since 1992 has been dominated by the ruling New Patriotic Party, NPP and the main opposition National Democratic Congress, NDC. The two parties have produced five presidents betwen them over the period.

Efforts by smaller parties to become relevant especially at the presidential elections have proven unsuccessful. In 2016, president Akufo Addo polled over 50% of votes as against ex-president John Mahama’s 44.3%.

The smaller parties shared a little over three percent of the votes as political watchers emphasized the need for a strong third force coalition. Only the NDC and NPP are also represented in the parliament.

I will campaign for him if he channels his agenda on what I am thinking.
If he has traveling experience too, he will know exactly what mean.

Finally found who to vote for

What Marricke Kofi Gane wrote about himself on Facebook

I am Marricke Kofi Gane (MKG), a thoroughbred Ghanaian, born of the new order, a hater of mediocrity and a challenger of all status quo.

I fear no man but God, I favor none but respect all. I am a Christian but I leave not my brains at the altar, a critical thinker and a creative problem solver.

I believe in Ghana but even more so, in my generation’s ability to make her great and strong – I am, Marricke Kofi Gane.