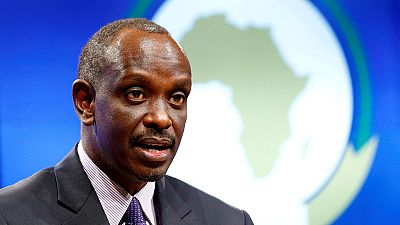 Rwanda on Thursday dismissed accusations made by Uganda’s foreign ministry that it had imposed a trade embargo on bilateral trade with Uganda.

The accusations of an economic war are the latest installment of a diplomatic row that Rwanda says has lasted two years.

The rift came to a climax at the end of last month when Rwanda partially closed its common border with Uganda, and issued a travel advisory to its citizens against travelling to Uganda.

Claims that Rwanda has instituted a trade embargo on Uganda are as untrue as they are diversionary.

On Wednesday, Uganda’s foreign ministry issued a statement accusing Rwanda of introducing an export permit system for those that intend to import goods to Uganda.

Describing it as a technical and non-tariff barrier to trade, Uganda insisted that it amounted to a trade embargo, saying there had been no successful applicants.

Uganda also accused Rwanda of preventing export of Ugandan goods across the border, in addition to restricting goods and trucks from Rwanda from crossing over to Uganda.

Rwanda had also previously accused Uganda of economic sabotage, saying it frustrated goods transiting through its territory, destined for Kigali.

On Thursday, Rwanda’s foreign minister, Richard Sezibera described Uganda’s accusations as untrue and diversionary, saying the country has failed to address the fundamental issues at the heart of the dispute.

“These are the fundamental issues that need to be addressed. Claims that Rwanda has instituted a trade embargo on Uganda are as untrue as they are diversionary,” Rwanda said in the statement.

Rwanda has repeatedly accused Uganda of harassing its citizens through arbitrary arrests and irregular deportations, in addition to harboring dissidents against Paul Kagame’s government.

The foreign minister also noted that Rwandan citizens involved in regular business and trade, have been targeted by Ugandan authorities, through actions including limiting free movement of perishable goods coming through Uganda.

Uganda has denied these accusations.

Landlocked Rwanda transports a significant amount of its imports via a trade route passing through Uganda from the Kenyan seaport of Mombasa.

The same trade route serves as a pipeline for Kenyan exports and helps supply merchandise to Burundi and parts of eastern Democratic Republic of Congo.

READ MORE: What next after Rwanda-Uganda stalemate at all govt levels?