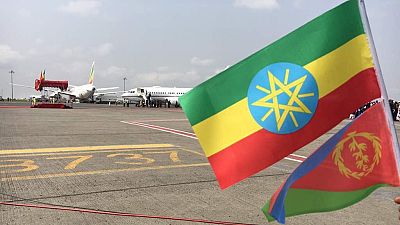 <p>International rights group, Human Rights Watch, <span class="caps">HRW</span>; says it is worried at the lack of action on fundamental human rights by Eritrea.</p> <p>A March 11, 2019 statement called on the government to roll out a time line for the dismantling the compulsory national service that conscripts young Eritreans.</p> <p>The statement also tasked Eritrea to allow United Nations Special Rapporteur to enter the country and carry out mandated duties. <span class="caps">HRW</span> leveraged on the fact that Eritrea was now a member of the UN Human Rights Council.</p> <p>Months after a peace deal signed with Ethiopia ended decades of war footing which Asmara used to justify the national service, <span class="caps">HRW</span> said it was time to change tack.</p> <p>“The government has made no meaningful changes to its mandatory “national service” that conscripts young Eritreans for unlimited times – often more than a decade — despite the decree that officially limits conscription to 18 months.  </p> <p>“Conscripts continue to be used for commercial projects, as well as military and civil duties. Their pay remains inadequate and reports of abuses, including torture, persist.  This Council’s Commission of Inquiry labeled Eritrea’s national service “enslavement.”</p> <p>“With the end of the state of war, we hope the government will finally recognize that the excuse it has maintained since at least 1998 for these oppressive actions has no legitimacy, and we would ask the delegation: will it outline a timetable for demobilization of its conscripts, starting with the longest serving?”</p> <p>The Eritrean government after their election to the UN body conceded its human rights failings and said it was working to rectify same.</p> <p>The government has in the past taken swipes at the UN rapporteur and blankly refused access to rights monitors. Last year was a defining one for Asmara as they agreed peace with Ethiopia and also had Security Council embargoes lifted.</p> <p>“There is an opportunity here for Eritrea to finally move onto a different track, to engage on a path of fundamental rights reform. But there has not yet been any meaningful progress, and this is exactly the wrong time to relax Council scrutiny. </p> <p>“We urge the Council to continue the mandate of the Special Rapporteur beyond the current term to help ensure that Eritrea starts adhering to international norms of human rights. </p> <p>“And we urge the government of Eritrea to demonstrate a good faith commitment to do so. It can start by allowing the Special Rapporteur access and cooperating with her mandate,” the statement concluded.</p>

With the end of the state of war, we hope the government will finally recognize that the excuse it has maintained since at least 1998 for these oppressive actions has no legitimacy.