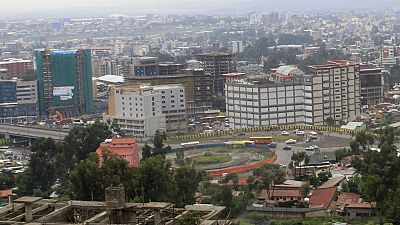 Capital cities are crucial parts of all countries the world over. Governments ordinarily invest in improving entire countries but the capitals see more infrastructure investments not only by governments but even private developers.

In Africa’s second most populous nation, Ethiopia, Prime Minister Abiy Ahmed is championing a new face for the booming city with its ever growing population.

What is the Addis Ababa Riverside Project about?

It is a three-year initiative of the Prime Minister of the Federal Democratic Republic of Ethiopia, H.E. Abiy Ahmed Ali.

The development project will run along the two biggest rivers in Addis Ababa – stretching 23.8kms and 27.5kms respectively – all the way from the mountains of Entoto through to Akaki river.

“The project essentially aims to lift the image and potential of the capital. With the goal of creating many jobs in the project phase, it also aims to create riverside economies, increase urban tourism, and provide the city’s residents with areas of respite,” his official social media pages said.

Main aims of the project

The three main aims are: firstly, to elevate the city to a site of urban tourism leveraging on rehabilitation of the aforementioned water bodies.

Secondly, enhance the well-being of city dwellers by putting river flooding in check and creating public spaces, parks, bicycle paths and walkways along the river banks.

Lastly, to enable the aspiration of a green economy by expanding green spaces and creating related services economies. 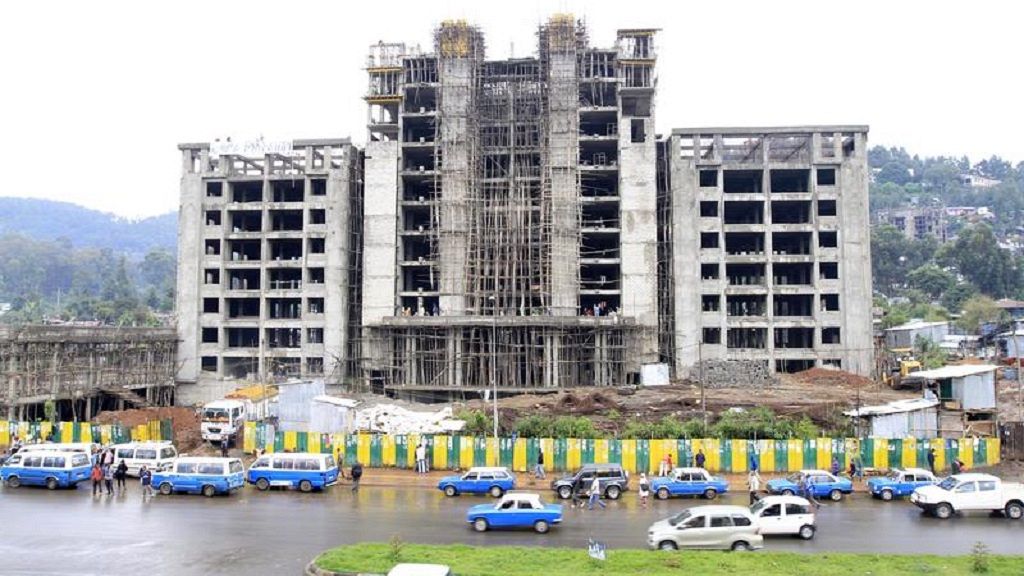 Some of the impacts expected from the project is to specifically: draw international and domestic tourism into the capital with the view of a healthy atmosphere for visitors.

To create employment for teeming youth and other professionals whiles at it boost the economies that will serve persons who come into contact with the project.

The PM’s office added: Increase the real estate value of current and future property development alongside the river project and to enhance green coverage and build the image of Addis Ababa as a city reflecting its name – New Flower. 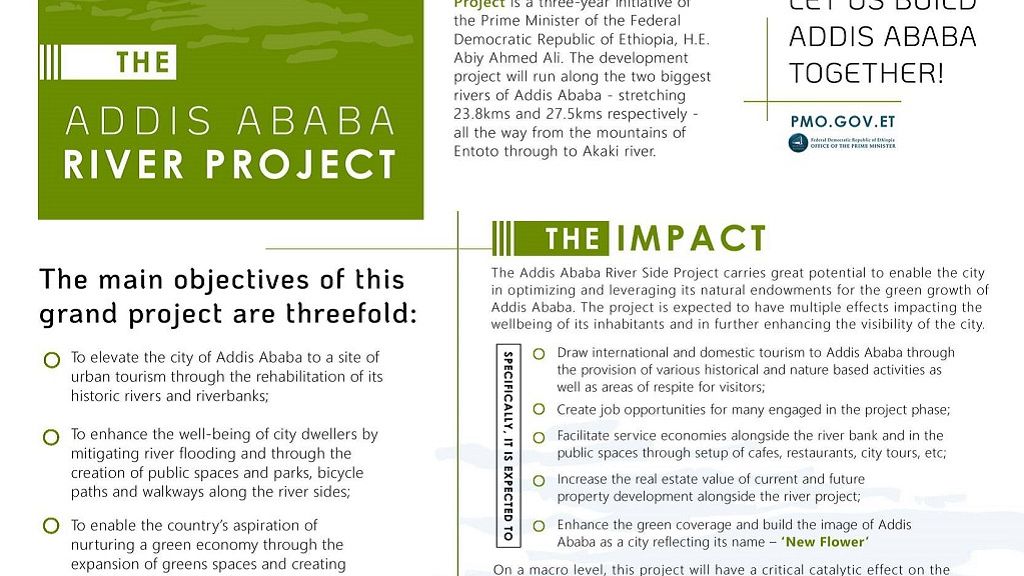 Ethiopia, the national carrier, has its base in Addis Ababa, the Bole International Airport. The facility which recently experienced an expansion is a hub for the continent’s biggest and most profitable airline.

Last year, the airport was named the gateway for air traffic into the continent beating Dubai to the accolade.

Travel consultancy ForwardKeys said Addis Ababa airport had increased the number of international transfer passengers to sub-Saharan Africa for five years in a row, and in 2018 had surpassed Dubai, one of the world’s busiest airports, as the transfer hub for long-haul travel to the region.

Analysing data from travel booking systems that record 17 million flight bookings a day, ForwardKeys found the number of long-haul transfers to sub-Saharan Africa via Addis Ababa jumped by 85 percent from 2013 to 2017.

Transfers via Dubai over the same period rose by 31 percent. As at November 2018, Addis Ababa’s growth was 18 percent, versus 3 percent for Dubai. Dubai has long been a major global air travel hub because it is the base of Gulf carrier Emirates

Ethiopian Airlines, the country’s most successful state company, is accelerating a 15-year strategy it launched in 2010 to win back market share on routes to and from Africa that are dominated by Turkish Airlines and Emirates.

It is also weaving a patchwork of new African routes to rapidly expanding and lucrative Asian markets.

ForwardKeys also attributed the recent jump in bookings via Addis Ababa in part to a positive international response to the broad reforms introduced by Ethiopian Prime Minister Abiy Ahmed, who came to power in April and has upended politics in the Horn of Africa country of around 105 million people.

It cited two changes in particular: a move to allow visitors to apply for visas online, and Abiy’s pledge to open Ethiopia’s largely state-controlled economy to foreign investment.