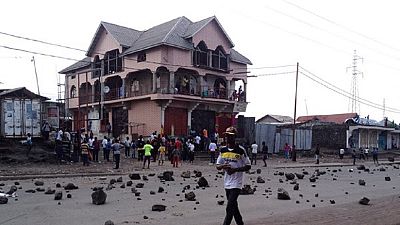 Unidentified gunmen killed eight people in three districts of Goma in eastern Democratic Republic of Congo during the night of Saturday to Sunday, provoking public anger against the authorities, the city’s mayor reported.

“In Mugunga, there were shots fired last night. Five people were killed and others wounded. In Katoy, one person was killed near a gas station, further north to Buhene, two others died,” Timothée Muissa Kiense, mayor of Goma (North Kivu), told AFP.

“Investigations are ongoing to find out who caused the deaths of these eight people,” he added.

“These assailants were shooting at passers-by. The authorities did not intervene in time to save these lives,” said Benin Butatunda, vice-president of youth in the Mugunga district in southwestern Goma.

“In Mugunga, there were five more wounded. There is a lot of tension here in Mugunga. The population is angry against the authorities,” he added.

These shootings come at a time when Martin Fayulu, an unfortunate presidential candidate and contesting the victory of Felix Tshisekedi, proclaimed winner, is in North Kivu province, where he held a meeting on Saturday in Butembo, 266 km from Goma.