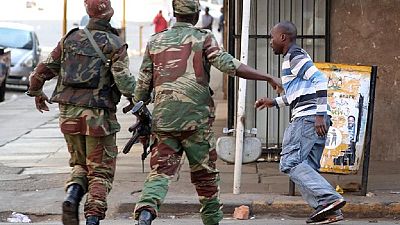 The United States says it is remains seriously concerned about the excessive use of force by security forces against civil society.

They called for what it said was use of excessive violence and intimidation, and for all sides to come together in a credible and inclusive national dialogue.

A February 12 statement issued by a Department of State deputy spokesman, Robert Palladino, said since January 14, the security crackdown had resulted in about 13 deaths, 600 victims of violence, torture or rape and added that over 1,000 people had been arrested.

“The United States calls on all sides to come together immediately in national dialogue. The dialogue process must be credible, inclusive and mediated by a neutral third party.

“In order for such a dialogue to success, the Government of Zimbabwe should end its excessive violence and intimidation, immediately release the civil society activists who have been arbitrarily detained, and hold security force members responsible for human rights violations and abuses accountable.

“We also reiterate our call for the Government of Zimbabwe to enact promised political and economic reforms,” the statement added.

President Mnangagwa has stressed that security forces complicit in the abuse of civilians will be held responsible. He also attempted a call for national dialogue which was spurned by the main opposition candidate, Nelson Chamisa.

Chamisa who continues to call into question the president’s legitimacy over July 2018 contested polls, said it will only take a third party to mediate a credible national dialogue.

We remain concerned about the excessive use of force by the Government of #Zimbabwe. We call on all stakeholders to embrace national dialogue and urge the govt to end violence, release civil society activists & hold security force members accountable for human rights violations. https://t.co/Xf7Oafen9c