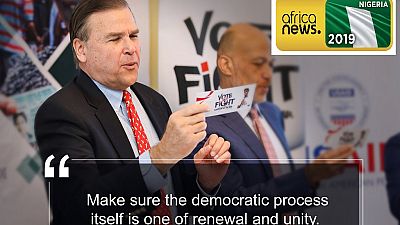 President Muhammadu Buhari’s party has issued a stern warning to the United States and other foreign allies for allegedly making “unguarded” public statements ahead of Nigeria’s presidential polls this weekend.

The US, Britain and the European Union have in recent weeks publicly warned against vote-rigging and election violence, and also expressed concern over President Muhammadu Buhari’s suspension of Nigeria’s top judge last month.

‘‘Nigerian security services must provide a safe and secure environment for the Nigerian people to exercise their rights,’‘ read part of a statement issued by the US State Department last week.

‘‘Those who interfere in the electoral process or incite violence must be held to account.’‘

#NigeriaDecides2019 – “Make sure the democratic process itself is one of renewal and unity. Election No Be War!” #VoteNotFight pic.twitter.com/TpT6r4r5Hs

Nigerian police said five people, all supporters of the ruling All Progressives Congress party (APC), were killed during clashes with opposition supporters on Sunday.

Saturday’s election will see Buhari stand for a second four-year term against former vice-president Atiku Abubakar in what is expected to be a close race.

Buhari’s re-election campaign spokesman Festus Keyamo called the statements from the US and others “notably off-key” and unwelcome.

“Instead of encouraging our country toward credible elections, such statements undermine public confidence,” Keyamo said.

“It would appear that these envoys seem to have discredited the election before it has even taken place.”

Keyamo’s comments come after a key Buhari ally, Kaduna state governor Nasir El-Rufai, said outsiders who intervened in the election “will go back in body bags”.

Nigeria’s last election in 2015 was considered free and fair, but state and local elections as well as earlier presidential polls have been marred by violence and fraud allegations.

The PDP has accused the government of seeking to rig the vote while the APC has said the opposition party is fomenting unrest.

Compared to 2015, international interest in Nigeria’s election has been muted as the US administration focuses on domestic issues and Britain wrestles with its impending exit from the EU.

A British colony until 1960, Nigeria is an ally of both countries which are home to large Nigerian diaspora communities.

ALSO READ: How diverse is the list of Nigeria’s presidential candidates? 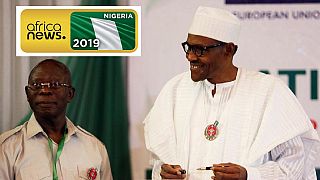 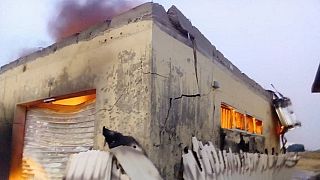