An emotional tribute to Emiliano Sala before a match by Ligue 1 sides Nantes and Nimes on Sunday.

Nantes, where Sala spent four seasons, wore black shirts with the name ‘’ Sala’‘ printed to the back.

Fans also held up the number 9 in memory of the Argentine.

Players and coaching staff members from both sides joined the Nantes fans in applauding and cheering in memory of Sala. He died in a plane crash.

The 28 year old was en route from Nantes in Western France on January 21 to make his debut for Cardiff when the plane he was travelling in disappeared over the English Channel.

The wreckage was found on Sunday February 3 following a privately-funded underwater search.

Sala, had agreed to join Welsh Premier league club Cardiff for a club-record fee of 15 million pounds or $ 19.63 million dollars from Nantes.

He and the pilot, David Ibbotson, are believed to have died as the single-engined Piper Malibu aircraft crashed into the sea. 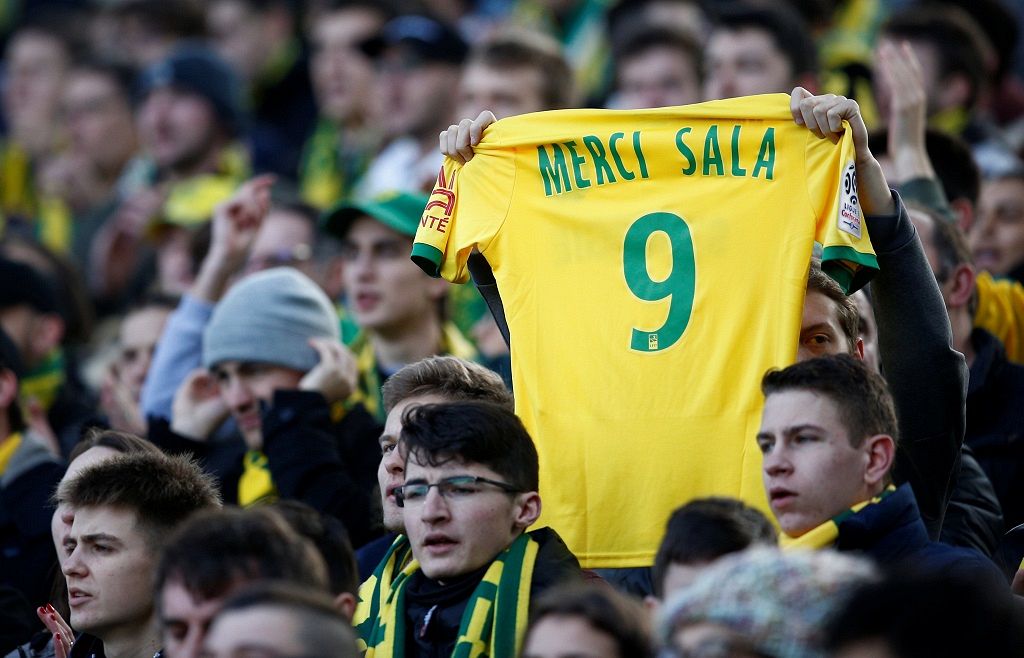