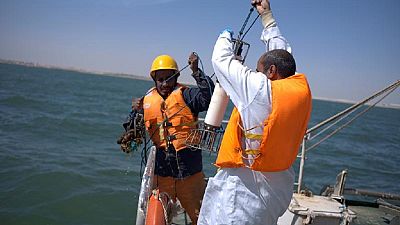 The latest global assessment of ocean health has ranked Seychelles, Morocco and Egypt the highest in Africa while Democratic Republic of Congo, Libya and Ivory Coast the lowest, in what draws attention to the management of the continent’s and world’s oceans that millions rely on for food, jobs and other vital benefits.

The Ocean Health Index (OHI) assessment conducted by the US-based National Center for Ecological Analysis and Synthesis (NCEAS)and global non-profit Conservation International and published recently has seen Seychelles score 77.2 out of 100 followed by Morocco at 72.3 and Egypt at 69.5. Globally, Seychelles is ranked number 33 out of 220 nations and territories assessed.

An annual, comprehensive diagnostic for the world’s oceans provides decision makers with information and knowledge they can use to implement effective actions for improved sustainable ocean management.

The 37 jurisdictions assessed in Africa scored an average of 60.2 compared to the average global score of 70; this means more needs to be done to improve the overall management and health of oceans on the continent and beyond to sustainably maximize the economic, cultural and environment benefits they deliver to people.

Conducted since 2012, the OHI scientifically assesses ocean health of 220 countries and territories across the globe by analyzing various sets of data to reveal the current and projected future states of their respective ocean resources and how optimally and sustainably the nations manage the benefits provided by their oceans such as food, recreation, tourism.

A total of 10 elements are assessed to arrive at a country’s overall ocean health score, including food provision, biodiversity, coastal livelihoods and economies, tourism and recreation, artisanal fishing opportunities, clean waters, carbon storage among others.

“An annual, comprehensive diagnostic for the world’s oceans provides decision makers with information and knowledge they can use to implement effective actions for improved sustainable ocean management,” noted Dr. Ben Halpern, lead scientist for OHI, Director of NCEAS, and Professor at the Bren School at University of California Santa Barbara.

Globally, the average global OHI scores have remained relatively stable around 70 out of 100 and countries around the world are continuing to make commitments towards a sustainable ocean future. The highest scoring in 2018, at 80 or above, were island nations, such as Aruba in the Caribbean and New Caledonia in the south Pacific, or uninhabited islands.

Germany was the only one of these 17 high scorers with a population exceeding one million people. The nations with the highest scores in Africa were ranked position 33, 62 and 83 respectively in the global rankings.

Additionally, the 2018 OHI indicated that 14 out of 36 coastal countries in Africa experienced marginal improvements in ocean health when measured against the first assessment conducted in 2012, while the rest of the nations recorded declines.

“By providing an annual comprehensive database baseline for global ocean health, OHI offers all coastal countries, at any level of capacity, a starting place for assessing the status of their marine resources and environments,” said Dr. Eva Schemmel, Science Advisor for Conservation International’s Centre for Oceans.

Dr. Schemmel indicated that independent assessments of ocean health in Kenya and Tanzania have been conducted using the OHI tool by non-profit research organization Cordio East Africa, on behalf of Conservation International, though it focused on only 2 of the 10 OHI indicators identified as priority for the two nations. 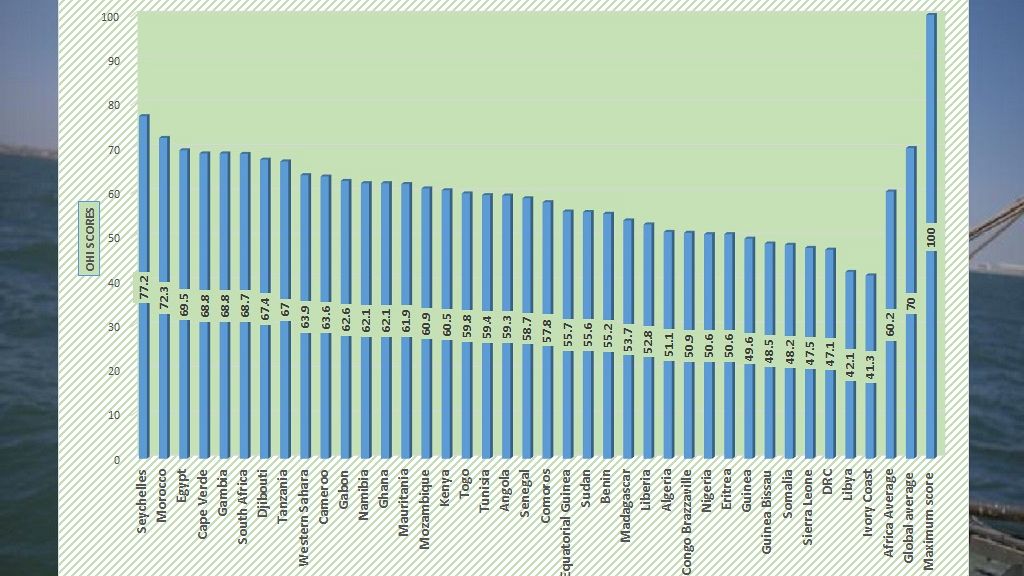