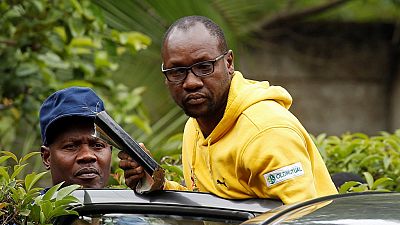 Authorities on Wednesday arrested Evans Mawarire, a political activist and pastor, who rose to prominence as a critic of former leader Robert Mugabe.

Mawarire’s lawyer Beatrice Mtetwa said he was bundled into the back seat of a truck by about a dozen heavily armed police. She added that the vocal pastor is to be charged with inciting public violence.

Wednesday is the third and final day of a national strike called in response to a steep rise in fuel prices decreed by President Emmerson Mnangagwa. Three people including a police officer died during violent demonstrations on Monday.

Zimbabwe’s largest mobile operator, Econet Wireless explained on Wednesday that it had been ordered to switch off its internet services by the government.

“We are obliged to act when directed to do so and the matter is beyond our control,” Econet said in a text message to customers, adding that all networks and providers had suspended their services.

Internet services were cut by mid-morning on Tuesday, leaving many people without access to social media platforms amid accusations that the government wanted to prevent images of its heavyhandedness from being broadcast around the world.

There are reports in Zimbabwe of an internet shutdown affecting popular social media platforms of Facebook, Twitter and WhatsApp, as the government attempts to contain a national strike that affected banks, schools and businesses in the capital Harare and the second city of Bulawayo on Monday.

The closures followed a call by the Zimbabwe Congress of Trade Unions (ZCTU) for a three-day stay-at-home protest over the sharp drop in living standards caused by a dollar crunch that has sent prices soaring and caused shortages of fuel and drugs.

Several people were killed and some 200 arrested during Monday’s protests, which followed President Emmerson Mnangagwa’s decision to hike the price of fuel in an attempt to tackle the southern African country’s worst economic crisis in a decade.

A human rights lawyers group said it had received reports of soldiers and police officers breaking into homes in Harare townships overnight and assaulting suspected demonstrators.

“Even if I wanted to go to work, where do I get the $8 to go to and from work? It is better to tend to my field,” said Malvin Chigora, a 36-year-old father of two, on his small maize field in Kuwadzana township on the outskirts of the capital.

The government has blamed the opposition and rights groups for Monday’s violence.

On Tuesday, the Ministry of Information said it was looking for a man who was seen on videos posted on social media brandishing an assault rifle in Harare and giving orders to motorists.

“Where did he obtain the assault weapon …He is suspected of shooting some innocent civilians,” the ministry said.

ZCTU called for the 3-day national strike following the announcement by Mnangagwa on Saturday that fuel prices would more than double.

The president’s announcement came after fuel shortages which began in October last year worsened in recent weeks with motorists sometimes spending nights in fuel pump queues that stretch for kilometres.