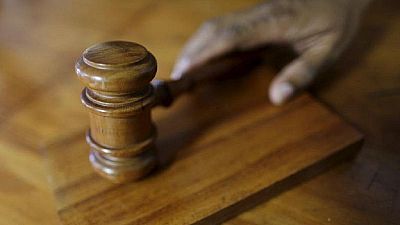 Ethiopia’s government took yet another step in its renewed fight against corruption, charging the former head of military-run industrial conglomerate METEC, nearly two months after his arrest.

Kinfe Dagnew was on Thursday charged with four counts related to the procurement of tractors, said a judge at the Lideta High Court in Addis Ababa.

He is the most senior official to be charged after dozens from METEC and the security services were arrested since November over graft and rights abuses. After taking office last year, Prime Minister Abiy Ahmed vowed to clean up state-owned firms and the military, and cancelled many METEC contracts.

One of those contracts was for the supplying of turbines for the nearly $5 billion Grand Renaissance Dam.

Kinfe was arrested on the border with Sudan and Eritrea after a months-long investigation into METEC, which uncovered suspicious procurement practices involving more than $2 billion.

Kinfe said in court he was clear about the charges and his lawyers asked for time to file their statement of defence.

His co-defendants faced three further charges. The judges adjourned the case to January 25 to receive statements.

Kinfe was chief executive of METEC for eight years, but resigned from his position two weeks after Abiy took office.