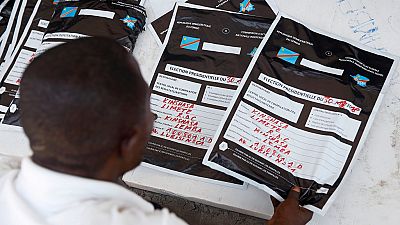 The African Union has called upon invested parties in the Democratic Republic of Congo to respect the results of the presidential election, as tensions grow over delays in the counting process.

The elections will determine who succeeds President Joseph Kabila, who has been at the helm of sub-Saharan Africa’s biggest country for nearly 18 years.

Moussa Faki, head of the AU Commission, met on Friday with the head of the AU observer mission, Dioncounda Traore, a former president of Mali, at the bloc’s headquarters in the Ethiopian capital Addis Ababa.

Respect of the election results is crucial.

“Respect of the election results is crucial,” Faki said in a brief message posted on Twitter.

The 80-strong AU observer team had already warned on Wednesday that they expected the official results to be “in line with the vote” of the people.

The Congolese election commission said logistical problems may force it to postpone publication of provisional results from Sunday’s vote, which also included elections to the national parliament and provincial assemblies.

Opposition fears are running high that the result will be rigged to favour Kabila’s preferred successor, Emmanuel Ramazani Shadary.

On Thursday, Washington demanded Kinshasa release “accurate” election results, warning it could impose sanctions on anyone who undermines the fledgeling democracy.

DR Congo’s powerful Roman Catholic Church has said it knows who has won the vote and urged the electoral commission to publish the “truth”.