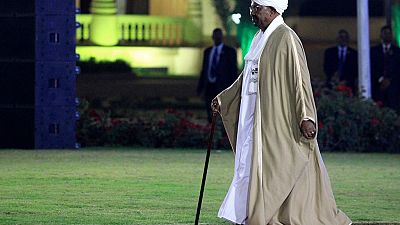 Sudan’s ruling National Congress Party (NCP) has rejected calls for president Omar al-Bashir to resign in the wake of protests, arguing that this would be contrary to the national consensus reached after dialogue in 2016.

The statement by the ruling party on Tuesday followed defections of several political entities from the ruling coalition, who joined opposition parties and protesters demanding for the fall of Bashir’s regime.

NCP Media Sector Ibrahim al-Siddiq described their decision to withdraw from the government as “an exit of the national consensus represented by the National Document and contrary to the political ethics.”

President Omar al-Bashir has ordered the setting up of a fact-finding committee headed by the justice minister to look into the incidents of the past few days.

“Some of the leaders of this group are known to be skilful political adventurers and (experts in the) change of attitudes. So this gives an idea about their lack of principled political action,” al-Siddiq said in a statement released on the NCP page on Facebook.

Bashir himself on Tuesday ordered authorities to set up a fact-finding committee to investigate violence during anti-government protests that have rocked the country, state media reported.

“President Omar al-Bashir has ordered the setting up of a fact-finding committee headed by the justice minister to look into the incidents of the past few days,” state news agency SUNA reported quoting a presidential decree.

At least 19 people have been killed and hundreds wounded during the protests that erupted in cities, including the capital Khartoum, on December 19 after a government decision to hike the price of bread.

Background to the protests

The government raised the price of a loaf of bread from one Sudanese pound to three (from about two to six US cents).

The ensuing protests quickly evolved into anti-government rallies in Khartoum and several other cities.

In the initial days of the protests, several buildings and offices of Bashir’s ruling National Congress Party were torched by protesters.

Riot police have managed to disperse the rallies so far, while security agents have arrested several opposition leaders and activists in a crackdown on suspected organisers.

Sudan is facing an acute foreign exchange crisis and soaring inflation despite Washington lifting an economic embargo in October 2017.

The foreign exchange crisis has steadily escalated since Sudan’s partition in 2011, when South Sudan broke away, taking with it the bulk of oil revenues.

Inflation is currently running at 70 percent and the Sudanese pound has plunged in value, while shortages of bread and fuel have hit several cities.