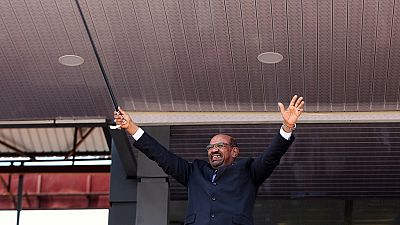 Sudan’s president Omar al-Bashir has offered concessions to anti-government protesters who have been demonstrating against escalating prices of basic commodities.

As protests entered their fifth day on Monday, Bashir vowed to “take real reforms to guarantee a decent life for citizens,” in quotes carried by the official SUNA news agency.

The president’s pledge comes after the protest movement spread to around a dozen cities since it began on Wednesday, after the government tripled the price of bread.

The main reason for the protests is economic and linked to high prices but the roots of the economic crisis are political.

What reforms are needed?

For Mohamed Lattif, a political columnist for the Al-Youm Al-Tali newspaper, scarce state resources and the entrenched economic crisis must now result in political reform.

When South Sudan seceded to become the world’s newest country in 2011, Sudan lost three quarters of its oil reserves.

This year, Sudan has grappled with inflation of more than 70 percent and a plunge in the value of the pound against the dollar.

“There is no choice but to look again at the leadership structure,” Lattif said.

What comes after the protests depends on the government, he said.

“If they persist with a security response… we will also see an escalation by the other side,” he said.

Hospital workers and doctors also staged a walkout on Monday morning, according to Mohammed al-Assam, a member of a committee of doctors.

The committee said it would submit an official demand on Tuesday for the “president’s immediate resignation in response to the uprising by the Sudanese people… (and the) formation of a transitional government”.

The walkout comes after a gathering of professionals from various sectors issued a call on Sunday to strike, as protests hit cities, including Omdurman, close to the capital Khartoum, late into the evening.

As the demonstrations continued on Monday, rallies erupted in two cities in Gezira state, south of Khartoum, which Bashir is expected to visit on Tuesday, according to SUNA.

Residents of Manaqil and Rufaa cities told AFP by phone that dozens took to the streets in Manaqil, calling for the fall of Bashir’s regime. In Rufaa, protesters blocked the streets and burned tyres.

Eight people have died in demonstrations in the eastern cities of Al-Gadaref and Atbara during clashes with security forces, according to officials and witnesses.

But others have spoken of higher death tolls.

Opposition leader Sadiq al-Mahdi said on Saturday that 22 people had died, denouncing what he called “armed repression” against a legitimate protest movement.

After initially railing against the high cost of living, some protesters have also adopted the slogan used in the 2011 Arab Spring — “the people want the fall of the regime”.

Mahdi has also called for the government to go.

“The main reason for the protests is economic and linked to high prices but the roots of the economic crisis are political,” said Abdellattif al-Bouni, a political science professor.

“The political failures of the government, errors and bad management” explain why people are so angry, he said.

In January, protests erupted against the high price of basic foodstuffs, but were quickly quelled by the authorities, which arrested opposition leaders and militants.

Indicted by the International Criminal Court for crimes against humanity, war crimes and genocide in Sudan’s western Darfur provinces, Bashir is seen by experts as an authoritarian and volatile leader.

The ruling National Congress Party has said it understands the population’s anger over the economic situation.

But spokesman Ibrahim el-Sadik also accuses Israel of being behind the protests, alongside “left-wing parties that hope to destabilise the state”.

Sudan’s government, like others in the region, often says interference by foreign powers, particularly the US and Israel, guides domestic unrest. 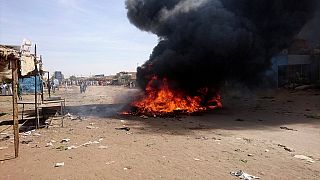 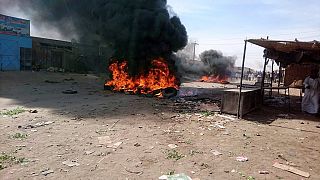