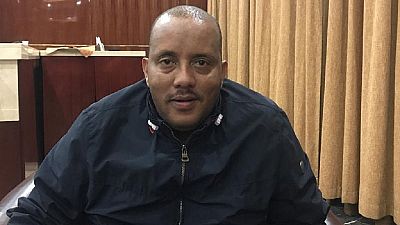 A former Ethiopian minister says Prime Minister Abiy Ahmed is not necessarily in charge of the country but that he was driving the international narrative about the country.

Getachew Reda, who held the Communications portfolio under Abiy’s predecessor also averred that the federal government was unduly targeting Tigrayans in a recent anti-corruption and human rights crackdown.

“There are efforts to corner the people of Tigray, but we don’t believe that’s going to work because we are steeped in the tradition not just of defending ourselves but also rising up to whatever challenge

”Abiy controls the international narrative but not necessarily the country,” he told Reuters in an interview.

He is the latest high-ranking official from the northern Tigray region to denounce the clampdown that has seen Tigrayan officials and former generals arrested by the federal authorities.

Although an ethnic minority, Tigrayans had dominated the country’s political and security heirachy for the last decades until earlier this year when Abiy, from the dominant Oromo ethnic group rose to power.

Abiy has since April undertaken fast paced reforms in the democratic, business and security sectors. He has increasingly called on citizens to support the reforms which are said to be fragile due to rising insecurity.