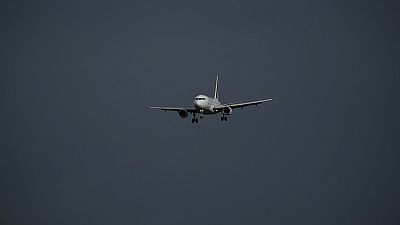 While 26 African countries committed to the establishment of a Single African Air Transport Market (SAATM) in May this year, many of them failed to sign the implementation of the framework last week.

At the International Civil Aviation Organisation’s Air Services Negotiations conference in Nairobi, up to 13 countries were expected to sign the Memorandum of Implementation and African Civil Aviation Commission, which is the executing agency of SAATM.

“Kenya is also committed towards the full realisation of the African Union’s initiative that will see Africa converging into one air service market,’‘ president Uhuru Kenyatta said, while opening the conference.

The ratification has to go through parliament and we are made aware that some countries are yet to do that. That could explain their no-show at the signing ceremony.

But when the time came to follow through, Kenya was one of the countries that failed to sign up to the implementation.

The EastAfrican newspaper reported that Kenya was yet to align its national laws with the treaty.

“The ratification has to go through parliament and we are made aware that some countries are yet to do that. That could explain their no-show at the signing ceremony.’‘

How much progress has been made?

The SAATM is operational in 14 countries, who signed up for the implementation in May.

Togo, which hosted the launch of SAATM, has operationalised the treaty through agreements with other countries, where cross-border flights are now treated as domestic flights in the region.

Last week, the countries that signed up to the implementation include The Gambia, Botswana and Burkina Faso.

Chad, Egypt, Gabon, Kenya, Lesotho, Mozambique, Nigeria, South Africa, Swaziland and Zimbabwe, which were expected to sign up, delayed their own implementation timelines.

“We know that the delay in their commitment is a result of consultations and also aligning their laws to accommodate this new dawn,” said Tefera Mekonnen, secretary general of the African Civil Aviation Commission.

‘‘I am confident that these countries will commit to the decision in the coming days. So far we are positive on the progress of the signing of the memorandum of implementation of the Yamoussoukro Decision.’‘

The African Union Commission believes implementation of the open skies policy will pave way for its other flagship projects like the African Passport and the free movement of people.