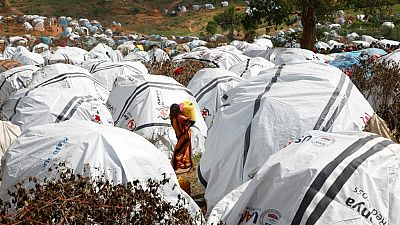 Heavy fighting between ethnic groups in southern Ethiopia has killed at least 21 people and wounded 61, its state news agency said on Saturday, amid escalating violence that has sent hundreds fleeing across the border to neighbouring Kenya.

Outbreaks of violence in the south between the Oromo and other groups have escalated since Prime Minister Abiy Ahmed – the first leader from the Oromo ethnic group in Ethiopia’s modern history – came to office in March.

People have been killed, business premises bombed and torched, houses have also been set ablaze in the fight between Oromo and Somali Garre fighters.

He said some of the displaced had fled to Kenya, while those who had stayed in Ethiopia were receiving humanitarian aid.

The two groups have been engaged in prolonged conflict which has however intensified in recent months.

At least 21 people have been killed in two days of fighting between ethnic groups in southern #Ethiopia, the state-affiliated Fana radio reported Friday.https://t.co/fZ0Eou2vRC