Eritrea president in Somalia for official visit, will proceed to Kenya 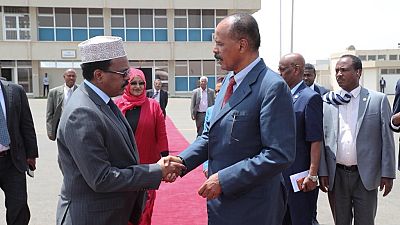 President of Eritrea, Isaias Afwerki, is expected in Somalia today, December 13, 2018; on an invitation by his counterpart, Mohamed Abdulahi Farmaajo.

The presidency, Villa Somalia, confirmed the visit as did Eritrea’s information minister, Yemane Meskel, on Twitter. The Minister added that Afwerki ,will after Somalia proceed to Kenya on an invitation by President Uhuru Kenyatta.

The visit comes at a time when a parliamentary move to impeach Farmaajo flopped. Some lawmakers had filed the motion claiming the president had signed secret deals with neighbours, Eritrea and Ethiopia.

President Isaias Afwerki has departed to Mogadishu today for a working visit to the Federal Republic of Somalia. President Isaias's historic visit is part and parcel of the consultative Tripartite Summits of the Heads of State and Government of Eritrea, Ethiopia and Somalia pic.twitter.com/rv0JntdSp6

The two leaders have met thrice in the last couple of months. In late July, Farmaajo flew to Asmara on a three-day official visit. The two nations reestablished ties after the visit.

Farmaajo returned to Asmara in the first week of September to join a tripartite Joint Cooperation Agreement with Afwerki and Ethiopian Prime Minister, Abiy Ahmed.

It is an honour to sign a Joint Cooperation Agreement with Their Excellencies President Isaias Afwerki and PM Abiy Ahmed in Asmara today. We agreed to enhance economic, political, social, cultural and security cooperation. Through meaningful cooperation we can attain development. pic.twitter.com/OiYqFfigDQ

The most recent meeting between Farmaajo and Afwerki was in Ethiopia’s Amhara region. The duo joined PM Abiy for the second round of talks around the tripartite summit.

Saleh along with Ethiopia Foreign Minister, Workneh Ghebeyehu also visited Somalia as part of efforts to bolster the tripartite agreement signed in Asmara. 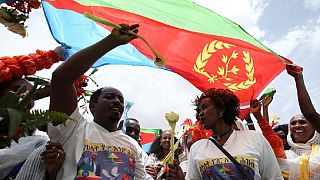 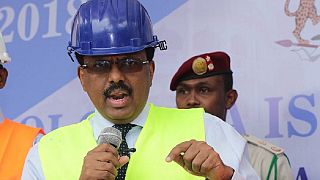 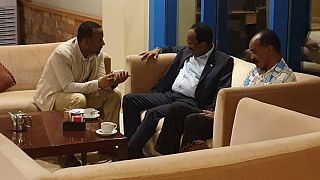