What next for Chad's pres., Uganda FM following conviction of Hong Kong 'briber'? 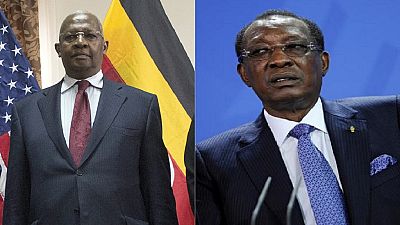 Chad’s president, Idriss Deby and the Ugandan foreign minister, Sam Kutesa may have cause to worry, following the conviction of a former Hong Kong government official was on Wednesday found guilty of bribing them in exchange for contracts for a Chinese energy company.

Chi Ping Patrick Ho, 69, was convicted of seven of the eight counts against by a jury in federal court in Manhattan, United States after a trial lasting just over a week.

Edward Kim, a lawyer for Ho, declined to comment.

Ho, a former Hong Kong home affairs secretary, was arrested in November 2017 on charges of violating U.S. foreign corruption law, money laundering and conspiracy. Federal prosecutors said he arranged bribes on behalf of a Chinese energy company that funds an organization he leads.

At the time of his arrest, Ho was secretary-general of the Hong Kong-based China Energy Fund Committee, an organization funded by the Shanghai-based energy conglomerate CEFC China Energy.

Prosecutors said Ho caused the energy company to offer a $2 million bribe to the president of Chad, Idriss Deby, in 2015 in exchange for exclusive oil rights in that country.

The government of Chad has denied the U.S. charges.

Prosecutors also said that Ho caused $500,000 to be wired to Uganda’s foreign minister in 2016, with the promise of further payments in the future, to secure favors for the Chinese company, including the potential acquisition of a Ugandan bank.

Sam Kutesa, who previously served as president of the U.N. General Assembly, has been Uganda’s foreign minister since 2015.

Uganda has also denied the allegations.