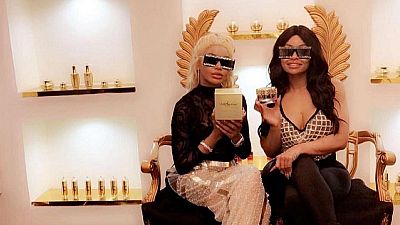 Cameroonian pop star and businesswoman who hosted US entertainer Blac Chyna at the launch of a cream in has hit back at people describing the product, Whitenicious, as a bleaching cream.

Dencia, who is based in Nigeria, in response to a critical tweet wrote: “It’s brightening and lightening not bleaching and it’s a luxury not a necessity.”

It’s brightening and lightening not bleaching and it’s a luxury not s necessity https://t.co/csoDxiDYEa

Reports indicate that there was a pool party in Abuja before the launch of the product in Lagos. According to Dencia, the product had the requisite registration to be on the market.

Despite its bleaching tag, manufacturers describe it as an “illuminating and brightening cream” that “lightens without bleaching skin out.” “Whitenicious has NAFDAC number,” she tweeted at the height of the backlash last week.

NAFDAC is the National Agency for Food and Drug Administration and Control, is a Nigerian federal agency under the Ministry of Health that is responsible for regulating and controlling the manufacture, importation, exportation, advertisement, distribution, sale and use of food, drugs, cosmetics, medical devices etc.

The controversial product was launched in 2014 with the company stressing that it is meant to be used for conditions like hyper-pigmentation, when people have dark spots on their skin. 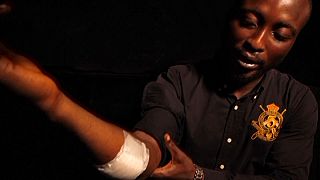