Deal or No Deal: African consumers take on Black Friday 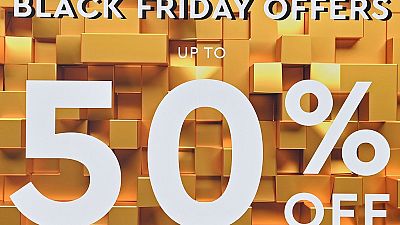 Several African retailers and consumers are relishing the much anticipated and hyped Black Friday, offering and taking advantage of ‘super’ deals.

Black Friday, the day after the Thanksgiving holiday, was so named because spending in the United States would surge and retailers would traditionally begin to turn a profit for the year, moving from the red into the black.

In Uganda, some popular supermarkets and shops opened up their doors to queues of waiting customers as early as midnight on Thursday night.

There were equally long queues, albeit more organised at popular retail outlets in South Africa.

#BlackFriday This is the queue to get into the Nike Factory Store in Woodmead. pic.twitter.com/fkU8Vc47UV

While many queued and jostled for the available deals, some took to social media to lament the narrow selection of goods discounted on Black Friday.

Others cautioned trigger-happy consumers not to be tempted to incur debt as they seek to exploit the ‘juicy’ Black Friday deals.

Imagine #BlackFriday for land etc . Ehhehe. The queues will start from Kampala central to the ends of Uganda in the far south, East, West and North. https://t.co/W3Ak7tHfnY

A good lesson to remember this Black Friday: “Bargains” don't get you out of debt. They push you deeper into it.
Black Friday is great for the “big ticket” items you have been SAVING for all year. Best way to save money today — get your loved ones to hide your credit cards.