How Eritrea topped meeting between Djibouti and Ethiopian leaders 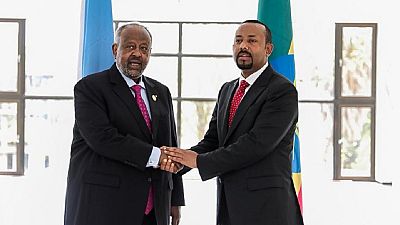 According to updates by Abiy’s office, the meeting which was held on the sidelines of the ended 11th African Union Extraordinary Heads of State meeting emphasized on mutual relations between the two countries.

It also stressed the need for Djibouti and Eritrea to solve diplomatic issues between them mutually.

Abiy and Guelleh’s meeting also had in attendance foreign affairs chiefs of the respective countries. Guelleh is reported to have expressed his joy at the recent lifting of sanctions by the United Nations Security Council on Eritrea.

“They discussed on areas of cooperation to both countries and in further strengthening their existing relationship. Furthermore, both parties discussed the need for addressing Djibouti-Eritrea relations mutually,” Abiy’s office added in a tweet.

Eritrea and Djibouti have agreed to resolve a decade-old diplomatic issue amicably. Leaders of both countries met in Saudi Arabia months back at the behest of the King of Saudi Arabia.

Landlocked Ethiopia’s imports and exports till recently were mostly taken through Djibouti whiles its diplomatic spat with Eritrea persisted. The July 2018 peace deal between Ethiopia and Eritrea has changed regional dynamics with a series of intra-country and regional peace deals.

The meeting with Guelleh was one of a series Abiy entered into after delivering his first address to the African Union earlier on Saturday. He also met with Sudanese president Omar Al Bashir and deputy United Nations Secretary-General Amina Mohammmed.

Prime Minister Abiy Ahmed met with the Prime Minister of Egypt on the margins of the African Union Extraordinary Summit, on November 18, 2018. Their discussions focused on strengthening existing bi-lateral relations and in particular on areas of mutual cooperation. #PMOEthiopia pic.twitter.com/x9h8z7i1bJ

PM Abiy highlighted that digitization is important for Africa’s dev't, particularly noting how digital economies present significant opportunities for the continent with the right regulations and safeguards put in place. pic.twitter.com/4wLSQ7hbsZ 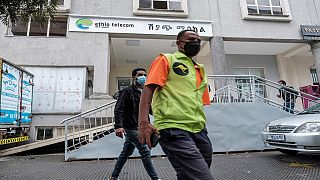