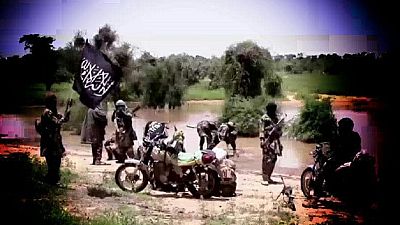 The Nigerian Army, NA, on Saturday evening reported having killed a leader of a key faction of terrorist group, Boko Haram. The army via its social media handles reported the death of a media leader of Islamic State in West Africa Province, ISWAP.

The army stressed in a statement that the death was recorded during a joint operation between the army and the airforce as part of its counter-terrorism operations.

“Reports available reveal that one Sale Ahmad Sale a.k.a. Baban Hassan the leader of Al-Barnawi Media group, a faction of Boko Haram was killed by a joint operation conducted by the Nigerian Army and Nigerian Airforce,” the statement said.

It did not reveal where the attack occured or when it took place but the army stressed that it will continue targeted attacks especially against key members of Boko Haram.

“The killing of the media leader is indicative of efforts by the NA to eliminate key members of the sect. It is worthy to note that the sect is directly affiliated to the Islamic State and has carried out several attacks against own troops and innocent civilians in the past.

“Therefore, the death of the group’s media leader shows that the leadership is being targeted successfully and soon other key members would be apprehended or neutralised, thus decimating the group and its activities,” the statement added.

The army statement also reported the formation of another faction of Boko Haram, Jama’atu Nus’ratul-Islami Wal-Muslimina, adding that it had identified its leader.

The development comes barely a week after the reappearance of the most known leader of Boko Haram, Abubakar Shekau. The man the army has previously reported having been killed or fatally wounding, appeared in a new video mocking at authorities.

Shekau who is described as leader of the Jama’atu Ahlil Summah Lil Da’awatu Wal Jihad, a faction of Boko Haram in the seven-minutes video praised fighters of the group who he said had been gaining grounds on the Nigerian army.

The army and the terrorists have in the past accused each other of engaging in propaganda in their reports of combat victims.

Despite claiming there are only remnants of the group to clear from the Sambisa forest, attacks especially in northeastern Borno State has spiked in recent months.