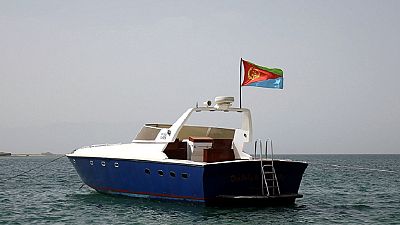 Major players in the Horn of Africa region have all reacted to United Nations Security Council’s sanctions removal on Eritrea. The African Union has also said it welcomed the development.

So far Ethiopia, Djibouti, Somalia and the African Union have reacted to what they agree in unison is a boost for regional peace, development and economic cooperation.

Ethiopia through the office of Prime Minister Abiy Ahmed almost immediately reacted to the move on Wednesday. In the case of Somalia, President Mohamed Abdullahi Mohamed Farmaajo welcomed the move in a tweet.

Djibouti's paramount interest, as Council is aware, is to obtain a peaceful permanent resolution of all boundary and territorial differences, in accordance with international law.

The Ethiopian statement read: “The lifting of sanctions will have far-reaching effects in improving the stability of the Horn of Africa region and in building a lasting peace and normalization of relations among the countries in the region.”

We welcome the arms and other targeted embargoes on Eriteria been lifted with our collective request. Thanks to the UN Security Council for this helplful and timely intervention. The Horn of Africa region is swiftly progressing towards partnership and economic cooperation.

Djibouti, a country that still has outstanding territorial dispute with Eritrea issued a statement through its permanent representative to the U.N., Mohamed Said Doualeh’s statement on the ‘Situation in Somalia,’ addressed the Eritrean issue as follows:

“At the outset, Djibouti welcomes the lifting of arms embargoes, travel bans, assets freezes and targeted sanctions on Eritrea.

“Djibouti’s paramount interest, as Council is aware, is to obtain a peaceful permanent resolution of all boundary and territorial differences, in accordance with international law.

“Those differences arose in 2008, led to an armed conflict that year, have remained unresolved and constitute a threat to Djibouti itself, and to international peace and security.”

African Union Commission chief on the Lifting of Sanctions Against Eritrea

Addis Ababa, 15 November 2018: The Chairperson of the Commission of the African Union, Moussa Faki Mahamat, welcomes the adoption by the United Nations Security Council, yesterday 14 November 2018, of a resolution lifting the sanctions imposed on Eritrea since December 2009.

Yesterday’s decision is a further step towards the consolidation of the recent positive developments in the Horn of Africa, marked by an improvement of bilateral relations between the countries of the region, as well as by a renewed determination to promote good neighborliness and foster regional cooperation.

These developments are a major contribution to the African Union drive towards silencing the guns by 2020 and advancing continental integration in the context of Agenda 2063 flagship projects.

The Chairperson of the Commission encourages the regional leaders to sustain this momentum, by taking all steps required to address any outstanding issue in their relations and deepening their cooperation in the pursuit of the shared objective of peace and prosperity. The African Union stands ready to assist this process in any way deemed appropriate.