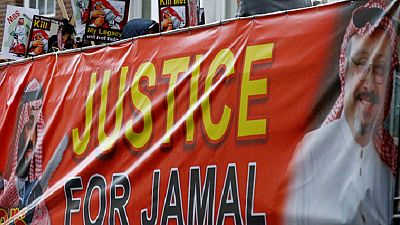 Ghana’s parliament has called on the United Nations to lead investigations into the murder of Saudi journalist, Jamal Khashoggi.

Khashoggi’s death, which reportedly happened in the Saudi Arabian consulate in Turkey, has enraged several individuals, institutions and countries globally.

Khashoggi, at the time of his death was a resident of the United States, contributing to the Washington Post, having fallen out with the Riyadh regime.

On 2 October, he walked into Saudi Arabia’s consulate in Istanbul, and he has not been seen since.

After initial claims that Khashoggi left the consulate, and following several media reports to the contrary, the Saudi government eventually explained that the journalist had died in a ‘rogue operation’.

Egypt and Somalia, are the only African countries that have backed the measures being taken by Saudi Arabia to investigate the case.

While calling for an impartial investigation into the killing of Khashoggi, the speaker of Ghana’s parliament, Professor Aaron Michael Oquaye appealed to the United Nations and other international agencies to take charge.

Other lawmakers urged the United States not to forsake justice for Khashoggi, in the interest of preserving trade interests with Saudi Arabia.

The United States secretary of State Mike Pompeo has indicated that sanctions would soon be imposed on the individuals responsible.

“It’ll take us probably a handful more weeks before we have enough evidence to actually put those sanctions in place, but I think we’ll be able to get there,” he said on Thursday, adding that President Donald Trump had vowed accountability for all involved in the “heinous crime”.

MOST African governments are mute on the widely reported killing of Saudi dissident, Jamal Khashoggi in Turkey. What could possible be the reason?