Meaza Ashenafi, Ethiopia’s new judicial head has outlined the key areas she hopes to strengthen for a country whose judicial system has not had any good reviews in the last couple of years.

In an interview with local media, she stressed the point about restoring public trust in the judiciary and enforcing the rule of law.

Then in a BBC interview she emphasized the dream and task of having an independent Ethiopian judiciary plus her joy at shattering the glass-ceiling to become the first female President of the Federal Supreme Court.

I am so happy that the glass ceiling is shattered and my daughters can dream of becoming anyone they want to be in Ethiopia.

“This is an honour and a distinct privilege. This kind of offer does not come every day and this is a new chapter in our country as we go through a transformation.

“It will be a privilege if I am able to contribute to the independence of our judiciary… [and] the government is ready to ensure that I get all the support I need to build an independent judiciary,” she said.

“I am so happy that the glass ceiling is shattered and my daughters can dream of becoming anyone they want to be in Ethiopia,” she added.

Ashenafi was nominated by Prime Minister Abiy Ahmed and unanimously approved by lawmakers on Thursday. Her appointment was the latest pro-women leadership move by Abiy.

“Meaza Ashenafi is one of Ethiopia’s most seasoned lawyers and a prominent women rights activist. She was the founder of Ethiopian Women Lawyers Association and has served as High Court Judge. She brings a track record of competence and relevant experience to the role,” Abiys spokesman wrote in Twitter.

Its current twenty-seat cabinet is occupied by ten women. The government has received wide commendation internationally over its steps at empowering women to hold top leadership positions in the governance structure. 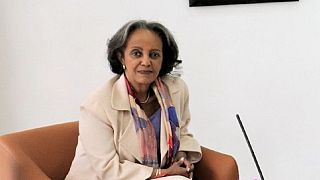 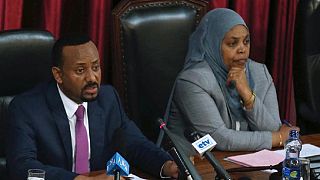