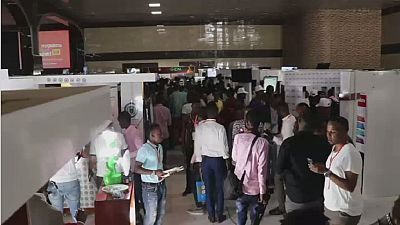 Somali entrepreneurs specializing in new technologies gathered this week in Mogadishu to discuss business and innovation, for a first conference of its kind in a country whose current events often revolve around attacks and suffering.

The three-day conference dubbed Mogadishu Technology Summit which attracted hundreds of entrepreneurs, students and government officials, was conceived by a group of young Somalis who wanted to highlight the work of dozens of local companies in the sector.

“This is an opportunity to change people’s negative perception of Somalia, to give an image other than that of war, chaos and hunger,” says AFP Abdihakim Ainte, founder of the Somali hub iRise for innovation and main organizer of the event.

Somalia sank into civil war in 1991 and has since experienced conflicts involving armed militias, foreign forces and, in recent years, the Shebab, an Islamist group affiliated with Al Qaeda. However, this situation has never discouraged Somali entrepreneurs.

Mr. Ainte hopes that the technological innovation sector can “play a role in the reconstruction of the country and its economy”.

But security issues are never far away in Somalia, so the conference was held at Mogadishu Airport, one of the city’s best-kept places, where the UN, various humanitarian agencies and foreign embassies are based.

The startup Gulivery, which specializes in motorcycle deliveries via a smartphone application, is one of the companies represented at the conference.

“When we moved from London to Hargeisa (capital of the self-proclaimed republic of Somaliland), we were looking for a delivery service, but we couldn’t find one. Since we were not the only ones, we decided to set up a delivery company,” says Deeq Mohamed, a 30-year-old Somali Briton who founded the company with his wife.

He believes that members of the Somali diaspora are particularly well placed to initiate such projects.

Active in Hargeisa and Mogadishu, the company, which works mainly with restaurants, hopes to launch soon in Djibouti and Ethiopia. It ensures that it has more than 10,000 registered users and has made more than 9,000 deliveries since it began in 2017.

Ileys Energy, founded by a Somali Norwegian, exploits the failures of the Somali electricity grid by selling lamps powered by solar panels, while Yool Tech specialises in the design and hosting of websites.

“Our goal is a future where we will provide the technology-related services that people would have previously sought abroad,” said Abdikhaliq Ahmed, founder of Yool Tech.