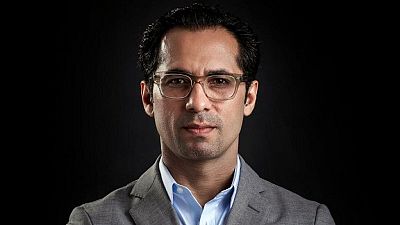 In his first personal tweet since his release from the hands of abductors, Mohammed Dewji, reputed as Africa’s youngest millionnaire, said it took divine intervention to save his life.

He, however, gave no hints about who kidnapped him, where he was taken to and whether or not a ransom had been paid to secure his release.

“Let me start by thanking the Almighty Lord for making a divine intervention & saving my life. I’d like to thank each & everyone of you for all your prayers & unwavering support.

“May God reward you for your kindness. May the blessings of the Almighty be with you today & always,” his tweet of late Monday read.

Dewji, 43, was seized on October 11 as he arrived at a hotel gym in Tanzania’s commercial capital, Dar es Salaam. Tanzania police launched an active manhunt for his abductors with a series of arrests made in the process.

Nine days later, he returned home safely. Just around that time, police reported that they had managed to identify the kidnappers’ car, thanks to surveillance cameras, showing a photo of a dark blue vehicle off-road.

His first comments upon return was a tweet via the MeTL Group’s Twitter handle. It read in part: “I thank Allah that I have returned home safely. I thank all my fellow Tanzanians, and everyone around the world for their prayers. I thank the authorities of Tanzania, including the Police Force for working for my safe return.” — Mohammed Dewji (3:15AM, Dar es Salaam)

The family had last week offered a billion Tanzanian shillings for information leading to his whereabouts.

“For every matter that you fear, God has his plans” MO#BringBackOurMO#MrudisheMoWetu#BringBackMo

We are offering a reward of 1 billion TSHS for any tip that will help us find our MO! Please email tips to findmo@metl.net
The family promises to maintain secrecy pic.twitter.com/YHiSlVXuBX

With wealth estimated at $1.5bn (£980m), Dewji is described by Forbes magazine as Africa’s youngest billionaire. He leads MeTL, a family empire started by his father in 1970s.

As CEO, Mo is credited with turning the company from a wholesale and retail enterprise into a multi-billion dollar pan-African conglomerate.