Zambia central bank warns against use of cryptocurrencies 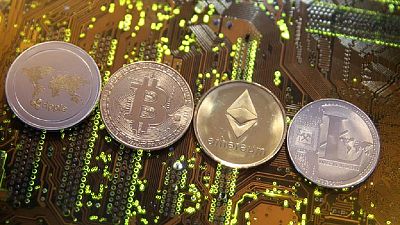 Bank of Zambia (BoZ), the country’s central bank has cautioned members of the public against cryptocurrencies. BoZ says cryptos are not legal tender in the Republic of Zambia, local portal Mwebantu reports.

The bank stressed that persons who involve in such transactions will be doing so at their own risk because cryptocurrencies are not issued by the bank or any known player in the finance sector.

Mwebantu further reports that the BoZ statement comes at a time when there was a spike in public interest in cryptocurrencies. It added that the bank was receiving increased enquiries over the digital currency.

“BoZ has further warned that in most cases there is no legal recourse to customers found using such currencies due to the unregulated nature of crypto currency-related transactions,” Mwebantu added.

Cryptocurrency is basically a digital currency in which encryption techniques are used to regulate the generation of units of currency and verify the transfer of funds, operating independently of a central bank.

The most known of this digital currency is bitcoins. Bitcoin is a cryptocurrency, a form of electronic cash. It is a decentralized digital currency without a central bank or single administrator that can be sent from user-to-user on the peer-to-peer bitcoin network without the need for intermediaries.

The Grand Mufti of Egypt has explicitly prohibited trading in Bitcoin, explaining that it is forbidden in Islamic Shari for the risks it holds, and its been used to fund terrorists.

The mufti’s counselor issued a fatwa (Islamic ruling) that the virtual currency should not be used to make financial transactions because it has no monetary cover by the Central Bank of Egypt (CBE), which means it is not guaranteed.

“It has no set rules, which is considered as a contract annulment in Islam, that is why it is forbidden,” the counselor added.

Shawki Ibrahim Abdel-Karim Allam, the Grand Mufti said Muslims were not permitted to sell, buy or rent using bitcoins, since they risked being defrauded, and its high risk volatility could cause harm to individuals and nations.