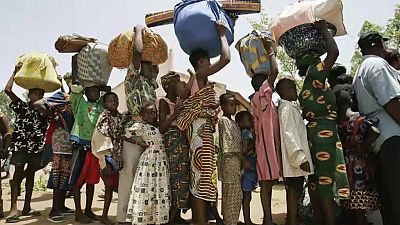 Political and social instability aggravated by sporadic violence by security forces and pro-independence fighters have had a negative impact on the civilian population of Cameroon’s South-West and North West Regions.

The South-West Region has become the hub of the crisis as dozens of villages in Mbongue and Konye Subdivision (Meme Division) have been nearly emptied of their populations.

The majority of the displaced families have found refuge in the forest and are constantly moving to escape clashes between armed groups and security forces. So far, more than 21,000 Cameroonians have also been registered as refugees in Nigeria.

The release also indicates that there is growing evidence that security forces are committing systematic and widespread attacks on civilians, amounting to possible crimes against humanity.

Various civil society organizations have documented extrajudicial killings, torture, and the burning of homes and property in Anglophone villages.

It however called on the AU and UN Security Council to urge the government and security forces to adhere to international humanitarian and human rights law.

Since late 2016 English-speaking activists in Cameroon’s North-West and South-West regions have been protesting their alleged marginalization and neglect by the Francophone-dominated government.