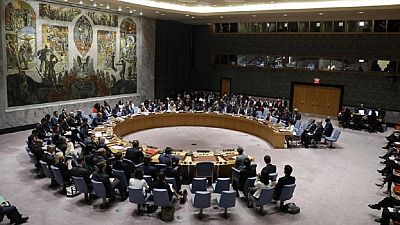 Eritrea has continued its demand that sanctions imposed by the United Nations Security Council, UNSC, be lifted.

In an editorial issued by information minister Yemane Meskel, the UNSC continued to flout UN rules by the sanctions.

He reiterated Asmara’s stance that the continuation of sanctions were a ‘‘severe miscarriage of justice, politically motivated, and not rooted on genuine concern for regional or international peace and security”

The "asset freeze/travel ban" components of the sanctions regime were pure and banal instruments of harassment. They were in fact never invoked in practice.

He took time to enumerate a number of economic consequences of the 2009 and 2011 sanctions.

“The “arms embargo” was in contravention of Article 51 of the UN Charter on the right of self-defense in the context of occupation of Eritrea’s sovereign territories & in flagrant violation of the EEBC Arbitral Award & the Algiers Agreement that the UNSC itself had guaranteed.

“The “asset freeze/travel ban” components of the sanctions regime were pure and banal instruments of harassment. They were in fact never invoked in practice,” he added.

Eritrea’s representative at the just-ended 73rd UN General Assembly, dedicated the entire address to calls for lifting of sanctions. Other countries in the Horn of Africa – Ethiopia, Somalia and Djibouti – all backed the lifting of sanctions in their addresses.