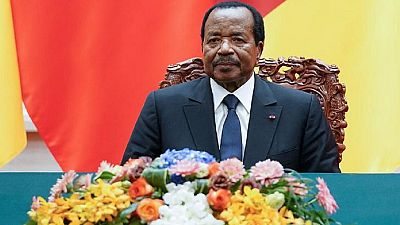 The Cameroon government as well as the international community have been urge to weigh in and resolve the ongoing crisis in the English regions of the country.

A statement released by the Global Centre for the Responsibility to Protect admonished the government, the African Union (AU) and the broader international community to uphold their responsibility to protect and halt Cameroon’s deadly slide towards civil war.

It called on the government to immediately initiate dialogue with Anglophone community leaders to address legitimate grievances and ameliorate the root causes of the conflict as well as initiate socio-economic programs and political reforms that tackle corruption, poor governance, as well as improved access to employment and educational opportunities in the North-West and South-West regions.

The statement indicated that as the country prepares to vote in the October 7 presidential elections, armed conflict and identity-based violence continue to escalate in the North-West and South-West regions where security forces are committing potential crimes against humanity.

The crisis in the Anglophone regions is rapidly developing into full armed insurgency, following the Cameroonian security forces’ violent repression on 1 October, 2017.

People in their hundreds have been fleeing the region as the crisis continues to take a toll on lives and properties across the region.