Ugandan soldier beaten by boys for sneaking into girl's dormitory 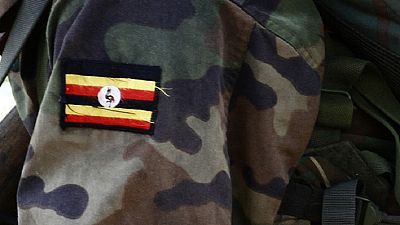 A Ugandan soldier was thrashed by school boys in Hoima, a municipal district in western Uganda. His crime was criminal trespassing after he attempted entering a girls dormitory.

The Observer Uganda reported on Saturday that the officer identified as Geoffery Kilama was caught sneaking into the dormitory at Daystar Christian Based Secondary School in Hoima town.

Following an alarm raised by the girls upon seeing Kilama scale their perimeter wall and enter their dormitory, a group of boys and security guards arrived and arrested Kilama.

He looked a very harmful person, so dangerous. So the students were even prepared to finish [kill] him only that a member of staff said let's not take the law in our hands.

He was subsequently subjected to beatings that left him with severe injuries on the head, leg and hands. Reports said he arrived at the dormitory without trousers on which led to imputing of rape motives.

Now hospitalized, he has been charged by the army – the Ugandan Peoples Defence Forces, UPDF, with criminal tresspass.

Head of the school has called for police to probe the motive behind Kilama’s invasion of the dormitory, stressing that it was the first such incident of an intruder that the school has recorded.

“As he was struggling to jump, the [barbed] wires cut him…The boys were coordinated, they chased him until they arrested him because he was not armed … We knew he was somebody who had come to rape the girls at that time because of the way he was – without even a trouser.

“He looked a very harmful person, so dangerous. So the students were even prepared to finish [kill] him only that  a member of staff said let’s not take the law in our hands,” the Observer report quoted Isaac Kiragwire to have said.