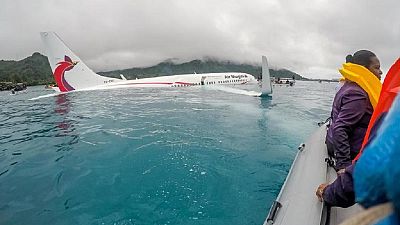 Locals in the Federated States of Micronesia were quick to react and by that saved lives when an aircraft overshot a runway and plunged into a lagoon.

Long after the locals with boats had gone to the rescue of crew and passengers then U.S. Navy Sailors joined to assist local authorities.

The rescue teams helped in shuttling passengers and crew of Air Niugini flight PX56 to shore following the plane crashing into the sea on its approach to Chuuk International Airport in Weno, Chuuk, Micronesia.

We don't really know what happened ... people were rescued by boats - 36 passengers and 11 crew were all rescued, only the plane is sinking right now.

Photos and videos shared over social media showed the plane surrounded by a number of boats shortly after the incident.

“It was supposed to land but instead of landing it was 150 yards short and she went down,” Jimmy Emilio, Chuuk Airport general manager at Weno in Micronesia, told Reuters by telephone.

“We don’t really know what happened … people were rescued by boats – 36 passengers and 11 crew were all rescued, only the plane is sinking right now,” he added. The operator blamed the incident on poor weather and that heavy rains had reduced visibility.

The aircraft, a Boeing 737-800 reportedly hit the lagoon surrounding the small island about 10.30am (AEST), Emilio said. Persons on board were taken to hospital, all discharged except eight, four of them in critical condition with fractures and injuries. 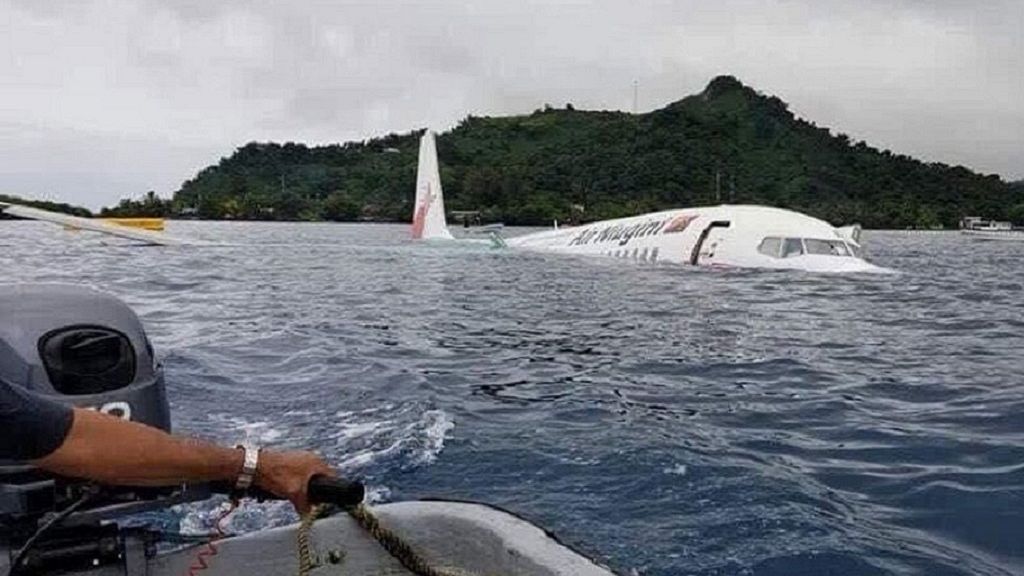 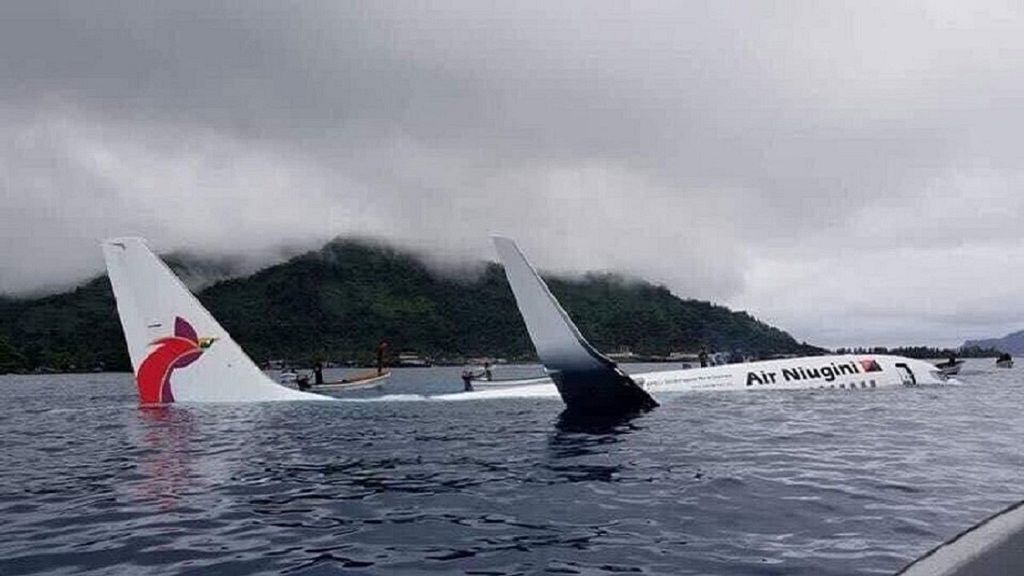 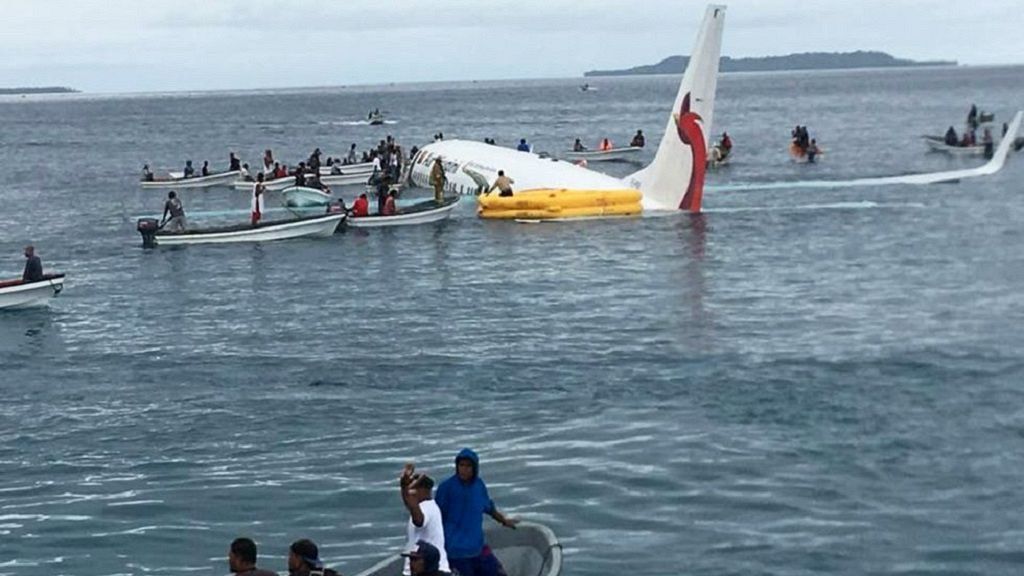 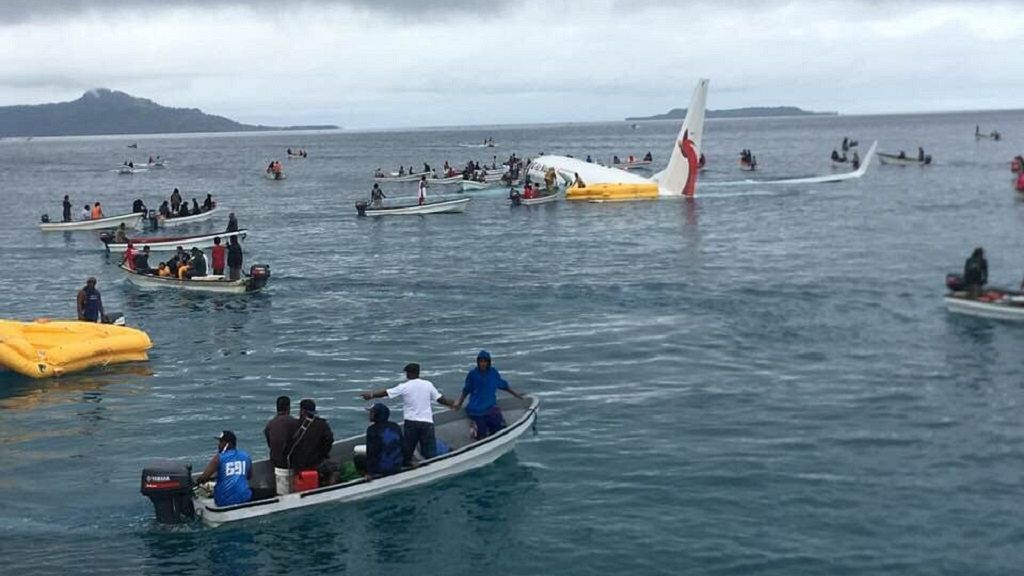 Boeing Airlines’ official Twitter handle reacted to the news stating that it was glad that no lives had been lost in the incident.

We are glad to hear the initial reports that all onboard Air Niugini Flight 73 evacuated safely. Boeing is prepared to provide technical assistance under the direction of investigating government authorities. PXPNG

The Federated States of Micronesia is a country spread across the western Pacific Ocean comprising more than 600 islands. Micronesia is made up of 4 island states: Pohnpei, Kosrae, Chuuk and Yap.

The country is known for palm-shaded beaches, wreck-filled dives and ancient ruins, including Nan Madol, sunken basalt temples and burial vaults that extend out of a lagoon on Pohnpei.

Micronesia is a constitutional government in free association with the United States; achieved independence in 1986. Its capital is Palikir and it trades with the U.S. dollar.

#TheCube | The passengers and crew of an Air Niugini flight had a lucky escape when their aircraft crashed-landed in a lagoon in the tiny South Pacific nation of Micronesia. ABarnesNews has the details.https://t.co/Rve1LoJ3Pb pic.twitter.com/aKODs8dQNh