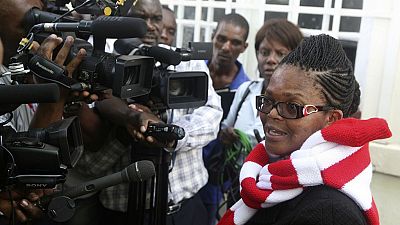 Zimbabwe’s government led by president Emmerson Mnangagwa has been calling for sanctions imposed by the United States to be lifted.

“The Zimbabweans absolutely understand exactly the U.S. point of view,” said Tibor Nagy, who was recently sworn in as U.S. assistant secretary of state for Africa.

The Zimbabweans are being very positive about what they are going to be doing, including that they have a legal process on how to enact measures.

What the U.S. wants

“Zimbabwe could go very, very quickly to a middle income status with positive leadership and positive steps, both on opening the political space and also opening up economic fairness,’‘ the diplomat said in an interview on the sidelines of U.N. meetings.

“Taking action on those two (laws) would send a signal … to investors.”

The laws Nagy referred to include the Access to Information and Protection of Privacy Act, which restrict media freedoms and bars foreign correspondents from working in Zimbabwe full time.

The other is the Public Order and Security Act, which is used by the security agencies to prohibit anti-government protests and arrest pro-opposition activists.

President Emmerson Mnangagwa, who took over from the then 93-year-old Robert Mugabe in 2017 after the intervention of the military, has called for U.S. sanctions to be lifted against him, officials from the ZANU-PF ruling party, top military figures and some government-owned firms, imposed during Mugabe’s rule for violations of human rights and democracy.

His victory in a July 30 election was touted as a crucial step toward shedding the pariah reputation that Zimbabwe gained under Mugabe, as well as securing funding from global lenders like the World Bank and International Monetary Fund.

“The Zimbabweans are being very positive about what they are going to be doing, including that they have a legal process on how to enact measures,” Nagy said.