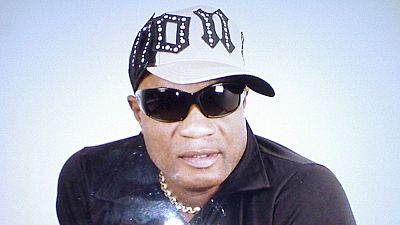 Troubled Congolese Rumba star Koffi Olomide has fallen foul of the law yet again, this time in Zambia where a court ordered for his arrest on Friday for allegedly assaulting a photographer six years ago.

Olomide, 62, whose real name is Antoine Christopher Agepa Mumba, was due to appear in court on Friday but did not show up, after which magistrate Mwandu Sakala issued a warrant for his arrest.

The rumba maestro from the Democratic Republic of Congo had been requested to appear in court before he left at the end of a series of shows in the country but departed Zambia without presenting himself to a judge.

Olomide’s promoter in Zambia Mark Mumbalama requested that the court give Olomide more time to appear because of difficulties delivering the summons.

The Congolese star allegedly assaulted Rwandan photojournalist Jean Nepomuscene Ndayisenga during a gig at the luxury Pamodzi hotel in Lusaka on December 28, 2012.

Ndayisenga accuses Olomide of kicking him “in the face and then I fell down… I had my middle finger of my left arm broken and the lens of the camera was broken”.

The journalist’s lawyer Gilbert Phiri requested that the court issue a warrant for Olomide’s arrest, arguing that he had previously failed to appear on several previous occasions.

Ndayisenga secured a summons requesting that the Congolese megastar appear in court to answer the charges on July 27, a day before Olomide was due to begin his Zambian tour.

“I have granted an application for a bench warrant,” said magistrate Sakala.

The entertainer, who has recorded 26 albums, faces a two year jail sentence or a fine if he is convicted of assault.