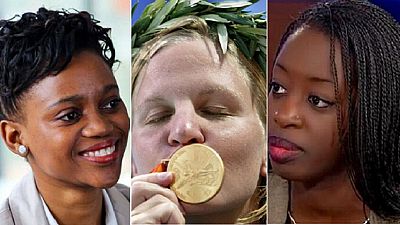 35-year Camara previously served as Keita’s foreign policy adviser, a position she was appointed to in July this year.

Camara, who is the first woman to hold the position of foreign affairs minister in Mali’s history is the founder of the Sahel Strategy Forum, a platform that promotes peace, security and development across the Sahel.

‘‘My mission is to help the West make sense of African politics by building intellectual bridges between sub-Saharan Africa, Europe and the United States,’‘ reads part of Camara’s bio on her personal website.

Camara, who recently left her illustrious career in the United States to serve her country has previously described herself as an ‘American woman who was born and raised in France by West African parents’.

She worked with the Foreign Service Institute of the U.S. Department of State to train U.S. diplomats travelling to sub-Saharan Africa on the political, security, institutional and governance challenges facing the continent.

Last week, Zimbabwe’s president, Emmerson Mnangagwa named a 20 member cabinet, tasked with the herculean task of fixing an economy that was shattered by controversial national and foreign policies during Robert Mugabe’s rule.

While the finance minister, Mthuli Ncube has grabbed all the headlines as he outlines his plans for the economy, several Zimbabweans were impressed by Mnangagwa’s choice of youth minister.

34-year-old Kirsty Coventry, who won a swimming Olympic gold medal for her country, was the surprise pick for the Youth, Sports, Art and Recreation docket.

Coventry, who is also serving as the chair of the International Olympic Committee (IOC) Athletes Commission, said it was an honour to be appointed to serve her country in yet another capacity.

‘‘I will continue to carry our flag with pride and dedication of service so we can come together and take Zimbabwe forward,’‘ said Coventry.

I am honoured to be appointed by President Mnangagwa as Zimbabwe’s Minister of Youth, Sports, Art and Recreation. I will continue to carry our Flag with pride and dedication of service so we can come together and take Zimbabwe forward.

For many in Zimbabwe, the youthful minister is the ideal candidate, to represent the voice of young people who have often accused government officials of being ‘too old’ and ‘out of touch’ with today’s generation.

Kirsty Coventry in MY eyes is a great addition to Cabinet there is no BUT!! I am cheering you on the way I did every single Time you got into that pool representing Zimbabwe,I cheered from start to finish & I promise to cheer until your race in Cabinet is over! Go Kirsty Go❤️?

Kirsty Coventry and Prof Mthuli Ncube. It's a 2/20 from me. Work Harder!

The Minister who has grabbed all the headlines over the weekend arrives at State House to take her oath of office. Hon Cde Kirsty Coventry ? pic.twitter.com/nWpC8N50Jb

In April this year, Botswana’s 30-year-old minister for Investment, Trade and Industry became an internet sensation as young people across Africa saw her as a beacon of hope for youth representation at the highest level in politics.

Bogolo Joy Kenewendo, who became Botswana’s youngest ever minister, had made history as the youngest MP when she was appointed by the former president Ian Khama in 2016.

Kenewendo who holds an MSc in International Economics from the University of Sussex in the United Kingdom, is passionate about development, poverty eradication, reducing inequalities and empowering women and youth.

She founded Molaya Kgosi, a women leadership and mentorship programme which was inspired by the young African women leaders’ forum which was hosted by Michelle Obama in 2011.