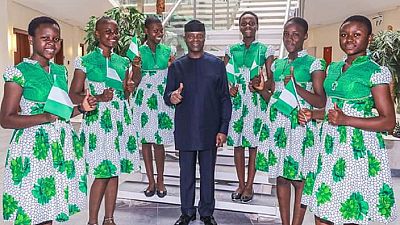 Nigeria’s vice-president Yemi Osinbajo on Thursday hosted a team of young girls who recently won gold at the World Technovation Challenge in the Silicon Valley in San Francisco, US.

Their award-winning innovation was a mobile application called the FD-Detector which they developed to help tackle the challenge of fake pharmaceutical products in Nigeria.

The group known as ‘Team Save-A-Soul,’ met the vice president at the State House in Abuja where he congratulated them with both parties sharing ideas. Also present at the meeting was head of Nigeria’s National Information Technology Development Agency (NITDA), Ali Pantami.

#DGNITDA, DrIsaPantami, Deputy Governor Anambra, Dr Nkem Okeke & some management Staff of the Agency presenting a commendation letter signed by the DG, an internet dongle with 3 months unlimited subscription & a tablet with e-learning software to a members of 'Team Save a Soul'. pic.twitter.com/O5lq1gg2VF

Reports indicate that the girls were Africa’s representatives fending off competitors from the United States, Turkey, Spain, Uzbekistan and China. Their story has since been widely reported by local and international media outlets.

All the girls are students of a school located in Onitsha, capital of the southern Anambra state. The team was led by Uchenna Onwuamaegbu Ugwu and comprised Promise Nnalue, Jessica Osita, Nwabuaku Ossai, Adaeze Onuigbo and Vivian Okoye.

Under the tutelage of Uchenna, the CEO of Edufun Technik STEM and with support of the Anambra state government, the team spent five months researching and developing FD-Detector which eventually emerged tops. 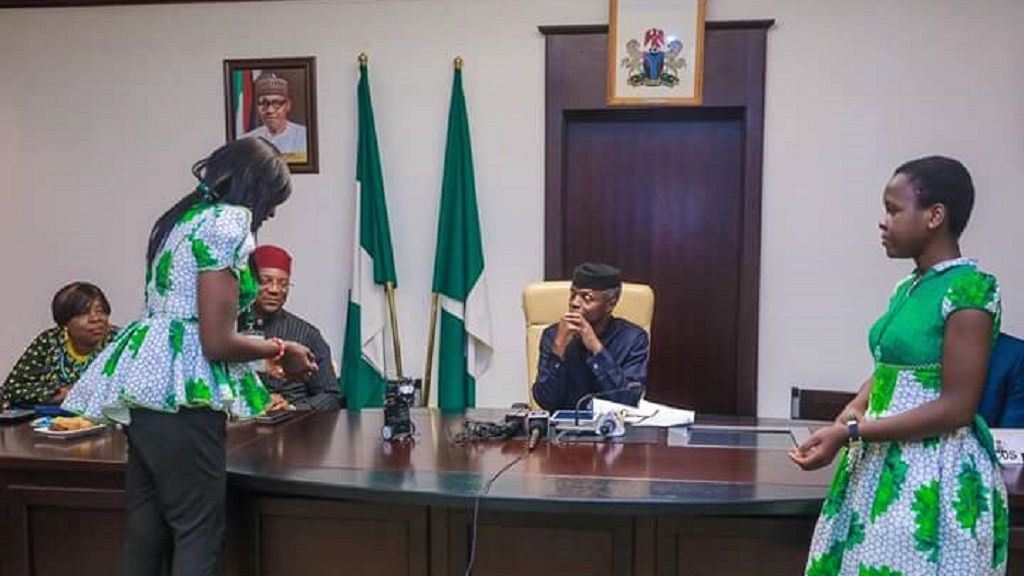 Every year, girls are invited to identify a problem in their communities and then are challenged to solve them by developing Android applications that would address those problems.