Basketball Africa League 2021: By the Numbers 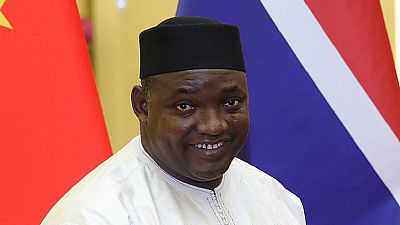 Gambian President Adama Barrow told Chinese President Xi Jinping on Thursday that his country’s previous ties with self-ruled Taiwan had been a “huge mistake”, and he thanked China for all the help it had given subsequently, China said.

China resumed ties with Gambia in 2016, after it ended formal relations with Taiwan, claimed by China as a wayward province with no right to diplomatic relations.

Two other African countries have since followed suit, São Tomé and Príncipe and Burkina Faso.

China has helped us improve communications, roads and transport conditions, things that in all the years gone past we wanted to do but were unable.

China has stepped up pressure on Taiwan’s remaining allies – now down to just 17, most of them poor countries in the Pacific and Central America – as it seeks to limit the democratic island’s international footprint.

Meeting Xi in Beijing following this week’s China-Africa summit, Barrow told Xi that his country had been wrong to maintain relations with Taiwan.

“China has helped us improve communications, roads and transport conditions, things that in all the years gone past we wanted to do but were unable,” he added.

Barrow said he “believed that with China’s cooperation, Gambia will achieve speeded-up development”, the ministry said.

For years, China and Taiwan have tried to poach each other’s allies, often dangling generous aid packages in front of leaders of developing nations.

The kingdom of eSwatini, formerly known as Swaziland, is Taiwan’s only remaining African ally. It has shown no desire to ditch Taipei even as China steps up efforts to woo it.

China’s renewed diplomatic tussle with Taiwan has also dragged in the United States. While Washington only recognises China, it has strong unofficial relations with Taiwan and is its main arms supplier.

Last month, the United States attacked El Salvador’s decision to abandon Taiwan in favour of China, saying the change was of grave concern and warning that China was offering economic inducements to seek domination.