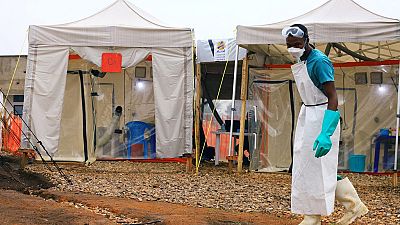 The health ministry in the Democratic Republic of Congo said on Wednesday it had recorded its first case of Ebola in the eastern trading hub of Butembo, a city of close to a million with strong trade links to neighbouring Uganda.

The current Ebola outbreak is believed to have killed 85 people since July and infected another 39. Most have been in villages but about 20 cases have been in Beni, a city of several hundred thousand people with close links to Uganda.

But Butembo, about 55 kilometres (35 miles) away, is two or three times the size of Beni. It straddles a major trading route for consumer goods entering Congo from East Africa, and for Congolese exports of artisanal gold, coltan, timber and other goods to East African ports via Uganda.

We call on the population to exercise caution, and to respect all hygiene measures recommended by health workers.

“We call on the population to exercise caution, and to respect all hygiene measures recommended by health workers,” Butembo’s mayor Sylvain Kanyamanda told Reuters by telephone, estimating Butembo’s population at 900,000.

Health officials say they have made progress slowing the haemmorhagic fever’s spread with experimental vaccinesand treatments. But they cannot be sure the situation is unde r control due to difficulties accessing some areas.

Two South African peacekeepers were wounded in a rebel ambush near the epicentre of an Ebola outbreak in eastern Democratic Republic of Congo, their U.N. mission said on Tuesday.