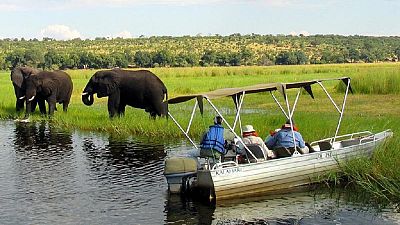 The government of Botswana has officially responded to a media report that suggested that close to 90 elephants had been killed in the country.

The news was connected to a conservation group, Elephants Without Borders (EWB). The group is currently leading an extensive survey of the deaths.

The government described the reports as unsubstantiated and sensational, categorically denying them. “At no point in the last months or recently were 87 or 90 elephants killed in one incident in any place in Botswana

... the Government of Botswana wishes to inform members of the public and other key stakeholders that these statistics are false and misleading.

“To this end, the Government of Botswana wishes to inform members of the public and other key stakeholders that these statistics are false and misleading,” the government statement noted.

The statement stressed that EWB had been contracted by the government to carry out the dry season aerial survey of elephants and wildlife in northern Botswana covering Chobe, Okavango, Ngamiland and North Central District.

Describing the statistics as false and misleading, the government said the group had only reported 53 cases of elephant carcasses officially – incidents that had been brought to government’s notice in July and August.

“Of the aforementioned 53 reported, a verification mission between July and August established that the majority were not poached but rather died from natural causes and retaliatory killings as a result of human and wildlife conflicts,” the statement signed by Thato Y. Raphaka, a permanent secretary added.

The Government of Botswana wishes to state that it is unfortunate that some media reports attribute the rise in elephant poaching primarily to the withdrawal of weapons from the Department of Wildlife and National Parks (DWNP) anti-poaching unit.

The fact of the matter is that the withdrawal of such weapons from DWNP, did not in any way affect the effectiveness and operations of the anti-poaching units.

It should be noted that the Government of Botswana has from the 1980’s directed all security agencies to commit resources towards anti-poaching, a practice that continues to this date.

Therefore the withdrawal of weapons from DWNP has not created any vacuum in anti-poaching operations as the anti-poaching unit in DWNP continues to play a pivotal role in combating wildlife crime through other strategic interventions.

Furthermore the public is informed that withdrawing weapons from DWNP is in line with the existing legislation which does not allow the Department of Wildlife and National Parks to own such weapons. This action was taken whilst corrective measures are to be undertaken.

In conclusion, the Government of Botswana wishes to condemn in the strongest terms possible attempts by individuals or groups who give a false impression that they love Botswana wildlife more than citizens of Botswana.

Government wishes to reiterate the fact that wildlife remains a national heritage and our citizens will protect it at all costs. 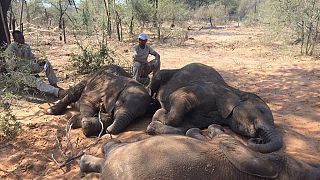 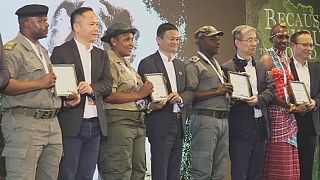 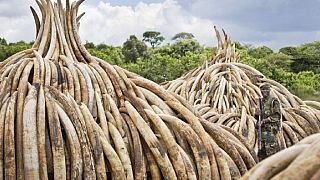