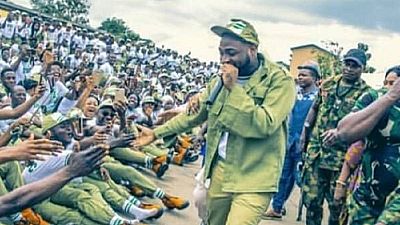 Nigerian music star Davido created a party mood as he arrived to start his youth service in the commercial city of Lagos.

The vehicle that brought him to the National Youth Corps Service (NYSC) was heavily guarded yet colleagues in the NYSC literally mobbed amid cheers.

Local media portals also reported that he arrived at the camp in the company of his mother as he completed registration processes.

The fact that Davido was allowed to entertain his colleagues at the swearing-in event was a source of worry for a twitter user who accused the NYSC of double standards.

NYSC is such a crap organization for allowing Davido perform at a swearing-in event! 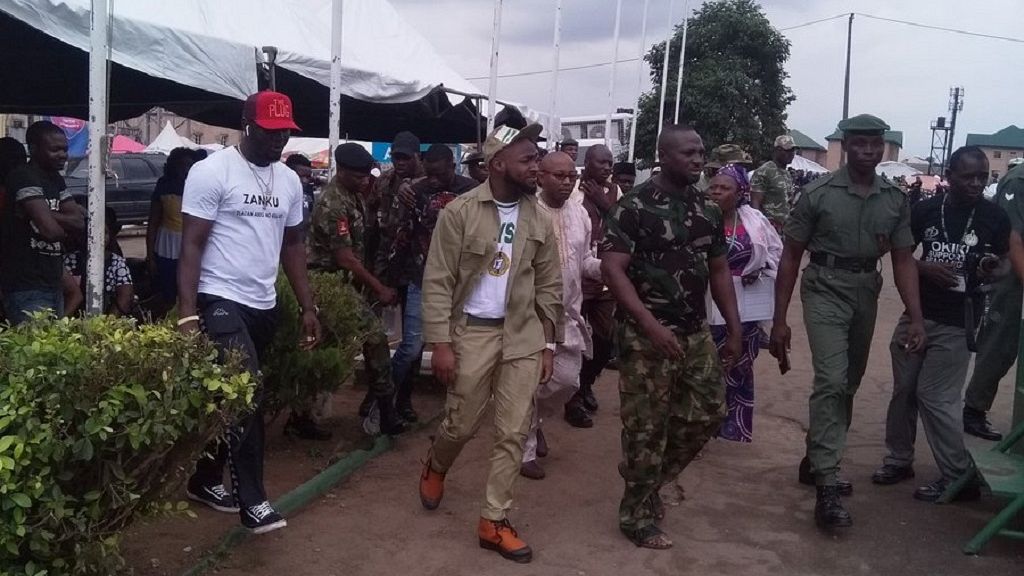 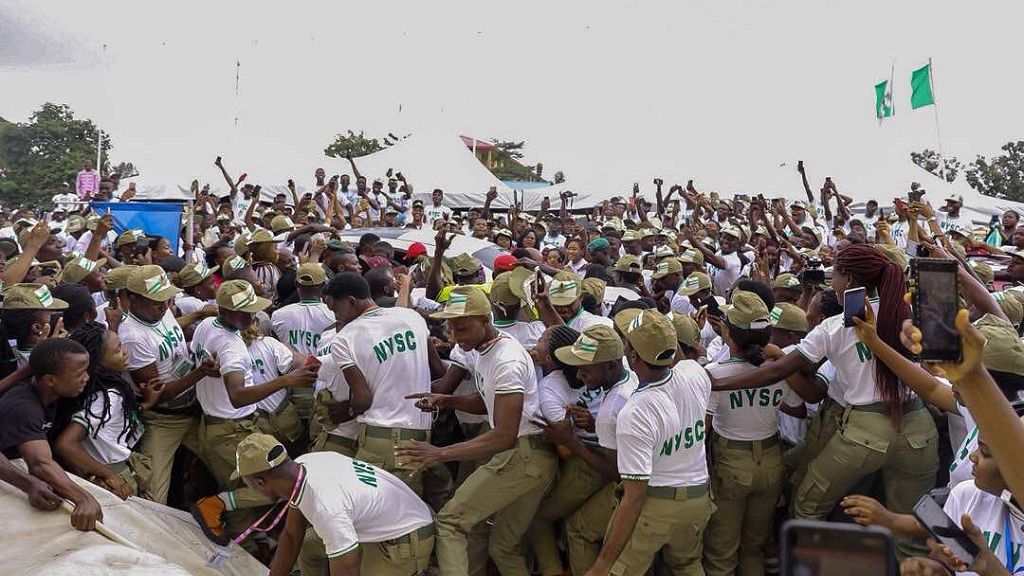 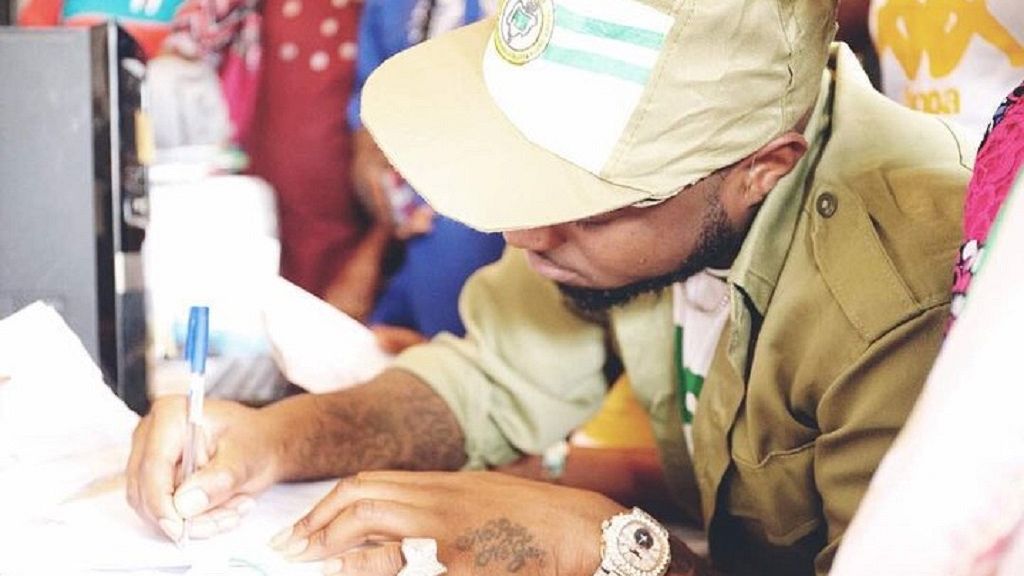 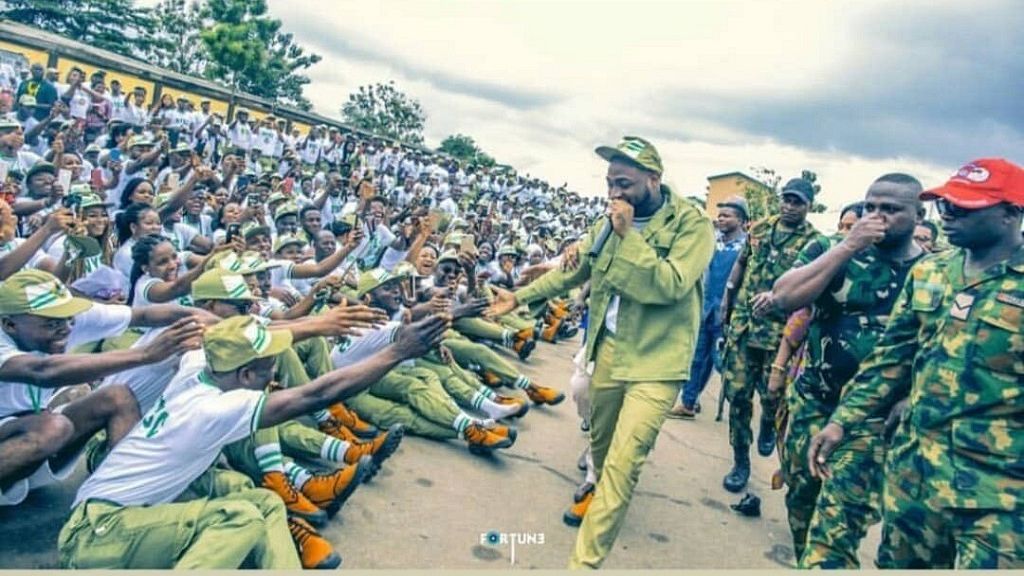 NYSC is a one-year mandatory national service for graduates below the age of 30 from universities across Africa’s most populous nation. A person seeking employment must have undertaken the service.

The 25-year-old whose full name is David Adedeji Adeleke, had earlier in the week posted a photo of him in full NYSC uniform on social media and captioned it: “Otondo OBO …#Nysc .. tying up every loose end !”

The local Vanguard news portal said Davido was enrolling after three years of completing his university education – as a graduate of Babcock University where he studied music.

Davido is almost a household name across Africa when it comes to music. The artiste has flown across the continent and around the world playing shows. Some of his hit songs include “If” and “Fall.”