Haitians hit the streets to call for an investigation into the alleged misuse of Venezuela-sponsored PetroCaribe funds by previous administrations.

A social media campaign drew attention to the issue and led hundreds of Haitians in front of the Superior Court of Accounts with some holding signs that read, “Where is the PetroCaribe money?”

“We’re here to ask the court, the (Ministry of ) Justice – I want to know where the fund given by Venezuela is, the fund that should be invested in development projects in the country? A fund estimated at more than 3 million dollars. It’s unacceptable that a small group of people, the (Ministry of) Justice, the parliament can’t understand this dynamic. This morning we’re mobilizing to ask where is this fund”, an unidentified protester said.

I want to know where the fund given by Venezuela is, the fund that should be invested in development projects in the country?

Another protester said “We’re here to denounce the thieves. They should turn over the PetroCaribe fund. We’re starting a peaceful movement. If they don’t turn over the money this movement can take any form. It’s their obligation to turn it over.”

Venezuela’s PetroCaribe scheme, launched in 2005, has furnished about 12 Caribbean states with oil supplies under a flexible credit mechanism. It obliging these states to pay cash for part of every shipment and finance the rest at low interest rates, or buy it with goods like food and clothing. However, a collapse in oil prices has caused a recession in Venezuela, and stalled many of the PetroCaribe shipments.

Earlier this year judges were appointed to probe possible acts of corruption with PetroCaribe funds during the administrations of former Haitian presidents Rene Preval and Michel Martelly, between 2008 and 2016.

Current President Jovenel Moise, who is from the same party that ruled during the period, has been criticized for not pursuing corruption as actively as he vowed to do.

Haiti has a long tradition of corruption, and international partners and anti-graft watchdogs have often blamed Haitian politicians for failing to crack down on the menace. 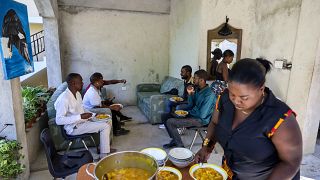