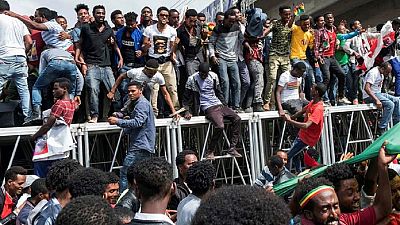 Federal prosecutors in Ethiopia have indicated that they are ready to charge five people suspected of coordinating a grenade attack on a rally that was attended by new Prime Minister Abiy Ahmed, state-affiliated media said on Friday.

Two people were killed and more than 150 injured in the attack in Addis Ababa in June.

Fana Broadcasting Corporation reported that prosecutors had asked a court to grant them 15 days to file charges and to reject the suspects’ request for bail.

Abiy, whose first few months in office have indicated that the nation of 100 million will open up to the world after decades of isolation, was whisked away by bodyguards moments after the attack.

Since the 41-year-old former intelligence officer assumed office, the ruling EPRDF coalition has ended a state of emergency, released political prisoners and announced plans to open up the economy — including letting foreigners take stakes in state-run Ethiopian Airlines.

Earlier this month, the first commercial flight from Ethiopia to Eritrea in 20 years landed in Asmara, cementing a stunning rapprochement that ended a generation of hostility between the Horn of Africa neighbours.