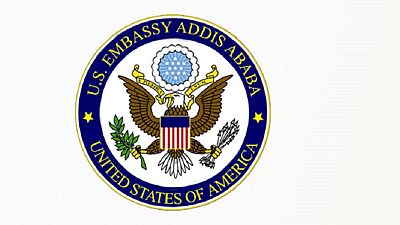 The United States has expressed concern over the prevailing state of insecurity and violence within Ethiopia, that has led to the displacement of over one million people.

The US Ambassador to Ethiopia, Michael Raynor, who was speaking at the “Our Ethiopia” Video Challenge Awards Ceremony in the capital, Addis Ababa commended the sweeping reforms that have been implemented by the country’s prime minister, Abiy Ahmed.

41 year old Abiy has taken Ethiopia and the broader Horn of Africa by storm since taking office in April by doing the unthinkable.

We continue to get reports of citizens seizing private property and attempting to take justice into their own hands against perceived unfairness.

In just three months, he has secured peace with bitter foe Eritrea, got parliament to lift a “terrorist” ban on opposition groups and pledged to open up key sectors of the economy to foreign investment.

Ethiopians must champion democracy and the rule of law

Describing the change as ‘dizzying and concrete’, Raynor however added that Ethiopians must ‘defend space for all constructive and peaceful views, even those they disagree with’.

‘‘We continue to get reports of citizens seizing private property and attempting to take justice into their own hands against perceived unfairness,’‘ Raynor said.

More than 800,000 people fled violence along the Oromia and Somali regions’ border in the country’s southeast last month alone, according the UN humanitarian agency.

Pledging the support of the United States for Abiy’s reforms, Raynor said it is time for Ethiopians to practice democracy and set the country in a direction of their choice.

‘‘Ethiopia needs the voices of tolerance, rule of law, and peaceful conflict resolution to be stronger than the voices advocating violence and division.’‘

Gov’t told to ‘do more’ to contain inter-communal violence

While Ethiopia’s government and aid organisations are racing to provide aid and services to those gathered at the numerous displacement sites in the West Guji Zone of Oromia and Gedeo Zone of SNNPR, Amnesty International has accused the government of not doing enough to prevent escalating ethnic violence.

“However, the impact of inter-communal tensions presents a challenge for the new leadership. It is critical to act immediately,” said UN Secretary General, António Guterres last week while announcing the release of a $15 million aid package for to people affected by inter-communal violence in Ethiopia.

Ethiopia is divided into ethnically demarcated federal regions. But inter-communal conflicts have become common in recent months, particularly in Oromia — the country’s biggest region and home its largest ethnic group, the Oromo.