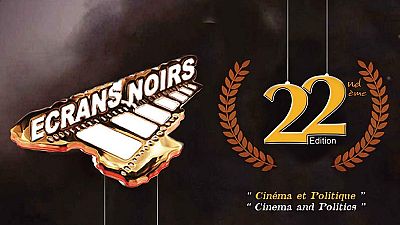 It is considered to be one of Africa’s biggest film festivals whose aim is to promote African cinema.

The Ecrans Noirs Film Festival held every year in Cameroon’s capital Yaoundé plays host to a wide variety of film productions from African directors and producers mostly in the Central African region and the African diaspora.

In this year’s edition, 70 films were selected. And the theme of the event, ‘Politics and cinema’.

The Director of the festival Marcel Epée had this to say:

“This year for the Ecrans Noir Film Festival we decided to focus on cinema and politics because we are aware that cinema is an instrument that can contribute to the definition and implementation of policies. For us to grow cinema we need political input. So we asked ourselves two main questions: how can cinema help politics develop for the benefit of the people but also what can politics do for the development of cinema?”

Different films will be competing for top prizes in a total of 11 categories.

The most coveted and the ultimate prize of the festival is the Ecran d’Or and the jury will have quite a task in making their decision.

“Like in every festival, you are looking for techniques which have fresh perspectives. But more importantly, particularly for African stories, you want to be able to see something that projects Africa from a perspective that is fresh because cinema after all is about culture, it’s about who we are, it’s about what we represent. But we are looking for innovation, we are looking for people with fresh ideas. We want to be able to see that moment that creates an Aha moment,” said Victor Okhai, a Nigerian film producer who was also part of the jury in this year’s festival.

Film lovers and even celebrity actors believe that such kind of events demonstrate the potentiality of the African film industry.

In the meantime, screenings of the different films continue in Yaoundé‘s 4 chosen venues.