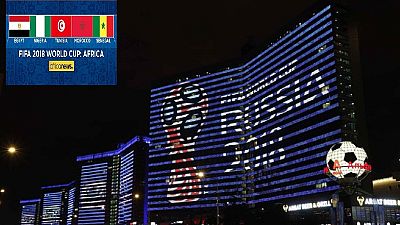 The second day of the World Cup quarter finals will be all about the hosts Russia, who are being urged by none other than president Vladmir Putin to continue the fairytale and qualify for the semi-finals, which would be a first time in the history of Russia. The Soviet Union did reach the semis in 1966.

The 1966 winners England are also dreaming of going all the way in Russia, and having overcome the penalty shootoout curse that had seen them lose three before Tuesday’s win over Colombia.

Russia will be taking on Luka Mordic’s Croatia, and the Balkans too are dreaming of yet another glorious run to the semis. The Croatians are hoping to emulate the 1998 team that finished third at the 1998 World Cup in France.

Emotions are simple. You show them when you direct the team. Now I am thinking only about the next game. These are not very sophisticated emotions.

Sweden’s success at this year’s tournament, which saw them eliminate the Netherlands and Italy in qualifying, as well as finish top of a group containing holders Germany in Russia, has been built on defensive organisation and clinical counter-attacks.

Sweden, devoid of a freescoring talisman in the wake of Zlatan Ibrahimovic’s international retirement, have worked hard on being difficult to breakdown and a major threat from set-pieces.

“There was a coach once who said his team was quite easy to analyse but difficult to beat. That is a good description of us,” Sweden coach Janne Andersson told reporters on Friday.

England on the other hand, who came into this tournament with a youthful team and low expectations are relishing the opportunity to make even progress in Russia.

England have the most inexperienced squad left in the tournament and should, in theory, be hitting their peak at the European Championships in 2020 or the World Cup in Qatar in 2022, but Southgate believes it would be a mistake to adopt that thinking.

“Although our team will be better in two years with more life experience, maybe the cards on injuries and things won’t fall as kindly and we won’t get this opportunity again,” manager Gareth Southgate told ITV News.

“Football can bring connection through a country and I’m delighted we are exciting people, bringing enjoyment and we want to keep it going,” added Southgate, who himself has risen to prominence during the tournament with his calm style earning plaudits.

Russia beat Spain 4-3 on penalties in the round of 16 thanks to two saves by goalkeeper Igor Akinfeev while Croatia equally beat Denmark in a penalty shootout in their last-16 clash, goalkeeper Danijel Subasic making three saves in their 3-2 victory.

Croatia topped Group D with three wins out of three, including a 3-0 humbling of Lionel Messi’s Argentina while Russia were runners-up in Group A, beating Saudi Arabia 5-0 and Egypt 3-1 but then losing 3-0 to Uruguay.

The hosts Russia say pressure will be replaced by pleasure and national pride as they bid to sweep past Croatia and into the last four on Saturday.

“Now we are in quarter-finals and we just want to bring pleasure to the supporters and to get further and we do not feel the pressure as we did before the tournament,” midfielder Aleksandr Samedov told reporters.

Russia coach Stanislav Cherchesov knows that most of the 48,000-strong crowd will be supporting the home side but the moustachioed former goalkeeper has shown little interest in participating in the national outpouring of emotion.

“Emotions are simple. You show them when you direct the team. Now I am thinking only about the next game. These are not very sophisticated emotions,” he said.

While the coach has received calls of support from the Russian president, the Croatian president Kolinda Grabar-Kitarovic has also been cheeering the team in person, and will attend Saturday’s match in Sochi.

“The whole of our nation is euphoric, they are upbeat, there are parties going on when Croatia play, they are out in the squares, out in the cafes… it’s great that our president is going to be there tomorrow,” coach Zlatko Dalic said.