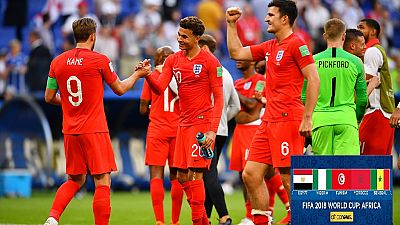 An impressive England advanced to their first World Cup semi-final for 28 years on Saturday after headers by Harry Maguire and Dele Alli gave them a deserved 2-0 last-eight victory over a disappointing Sweden.

Centre back Maguire connected with an Ashley Young corner to score his first international goal after 30 minutes as England had much the best of the first half.

Jordan Pickford made excellent saves to deny Marcus Berg, twice, and Viktor Claesson after the break but England generally looked the more dangerous side and were rewarded when Alli headed the second from a Jesse Lingard cross in the 59th minute.

England previously reached the semi-finals in 1966, when they went on to win the World Cup for the only time, and 1990 and will next face either Russia or Croatia, who meet later on Saturday.